Barnsley will arrive at Weston Homes Stadium on Saturday for the Championship clash with hosts Peterborough United.

Our tips, poll and stats for Peterborough United v Barnsley can all be found here (plus the best game odds).

Peterborough United will be looking to improve on their last outing here after the 4-0 Championship defeat last time out to Blackburn Rovers.

Their past results show that Peterborough United:

Following on from suffering a loss in their previous game against Swansea City in Championship action, Barnsley and their travelling fans will hope for a better result here.

Indicating their appetite for fruitful encounters, goals have been seen as many as 20 times in the last 6 matches in which Barnsley have sent out their troops, making it an average of 3.33 goals for each meeting. Opposing teams have hit 14 of these goals. We will have to find out whether or not that trend will end up being continued on in this game.

Coming into this fixture, Barnsley are without a win away from home in their last 10 league matches. It's not a good run at all.

A glance at their prior head-to-head clashes going back to 18/10/2014 shows that Peterborough United have won 2 of them and Barnsley 3, with the tally of drawn matches being 1.

An aggregate of 17 goals were scored between them in this period, with 6 of them for The Posh and 11 being from The Tykes. This gives an average number of goals per game equal to 2.83.

The previous league encounter between the two was League One match day 24 on 26/12/2018 when it finished Barnsley 2-0 Peterborough United.

The Peterborough United boss Darren Ferguson will be happy not to have any fitness worries at all before this game owing to a fully healthy squad to pick from.

Thanks to a completely injury-free squad available to select from, the Barnsley manager Poya Asbaghi has no fitness concerns whatsoever ahead of this clash.

Looking at these two teams, we feel that Barnsley will need things to go their way to put one past this Peterborough United lineup who will likely do enough to score at the other end and edge ahead.

We therefore see a very competitive game with a 1-0 win for Peterborough United at the end of this game. 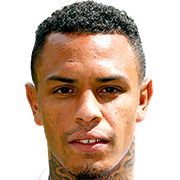 Normally taking to the field in the Striker position, Jonson Clarke-Harris was born in Leicester, England. After having played his first senior match for Southend United in the 2012 - 2013 season, the gifted Forward has scored a sum of 3 league goals in this Championship 2021 - 2022 season to date from a total of 14 appearances.

While we have made these predictions for Peterborough United v Barnsley for this match preview with the best of intentions, no profits are guaranteed. Always gamble responsibly, and with what you can afford to lose. Good luck with your selections.