Our Forest Green Rovers v Barrow tips, poll and stats can be seen in full below - along with the latest match odds.

Forest Green Rovers, following on from their previous result, will be hoping for more of the same after the 1-3 League Two victory versus Hartlepool United.

For Forest Green Rovers, goals were scored by Jordan Moore-Taylor (4'), Jamille Matt (29') and Matty Stevens (45'). Nicky Featherstone (80') was the scorer for Hartlepool United.

Forest Green Rovers have been on a persistent run of goalscoring form, hitting the target in each and every one of their last 6 games.

They have managed to rack up 12 during that time while seeing the number of goals scored against them stand at 4. Previous results aside, we’ll just have to find out whether that trend shall continue on in this upcoming game.

Going into this contest, Forest Green Rovers have not registered a win against Barrow in their previous 2 matches in the league.

Since being beaten in their last game against Crawley Town in League Two action, Barrow and their fans will hope to get a better result this time.

During their six most recent matches, Mark Cooper's Barrow have converted 5 times thus earning them the goals scored per game average of 0.83.

Taking a look at their past results, Barrow:

Inspecting their prior head-to-head clashes going back to 15/08/2015 tells us that Forest Green Rovers have won 2 of them and Barrow 1, with the tally of drawn results being 3.

A total of 19 goals were produced between them in these games, with 11 of them for The Green Devils and 8 coming from The Bluebirds. That’s an average goals per game figure of 3.17.

The Forest Green Rovers boss Rob Edwards will be grateful not to have any fitness concerns to speak of before this game with a fully healthy group to choose from.

With a completely injury-free group available to choose from, the Barrow manager Mark Cooper has zero fitness concerns to report ahead of this match.

Looking at these two teams, we feel that Barrow have it within them to score a goal against this Forest Green Rovers team, although that probably won’t quite be as many as the goals that they could concede.

We think that it’s going to be a very close game with a 2-1 win for Forest Green Rovers after the 90. Let’s see what eventuates. 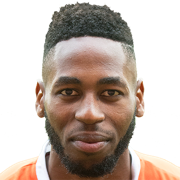 Customarily playing in the Striker position, Jamille Matt was born in Jamaica. After having made a senior debut playing for in the 2010 - 2011 season, the accomplished Forward has scored 7 league goals in this League Two 2021 - 2022 campaign to date from a total of 15 appearances.

While we have made these predictions for Forest Green Rovers v Barrow for this match preview with the best of intentions, no profits are guaranteed. Always gamble responsibly, and with what you can afford to lose. Good luck if you do place a bet today.