Benevento will visit Stadio Luigi Ferraris on Saturday for the Serie A showdown with home side Sampdoria.

All Sampdoria v Benevento game predictions, stats and user poll are shown below - plus the latest match odds.

Sampdoria will be looking for an improved result here after a 3-0 Serie A losing effort in their last game against Juventus.

In that match, Sampdoria had 34% possession and 15 attempts on goal with 1 on target. For their opponents, Juventus got 20 attempts at goal with 8 of them on target. Dejan Kulusevski (13'), Leonardo Bonucci (78') and Cristiano Ronaldo (88') scored for Juventus.

Matches with Sampdoria have usually been engaging affairs lately with plenty of scoring the rule rather than the exception. Over their past six clashes, the sum of 20 goals have been recorded for both sides combined (at an average of 3.33 goals per game) with 6 of them being chalked up by i Blucerchiati.

Coming into this meeting, Sampdoria are without a win at home for the past 2 matches in the league.

Benevento will go into this meeting following on from a 2-4 Serie B win over Ascoli in their last match.

The stats don’t lie, and Benevento have been scored against in 6 of their last 6 matches, seeing their opponents hit 9 goals in all. In defence, Benevento have clearly had some problems. We shall soon find out if that trend will end up being continued on in this game.

Coming into this clash, Benevento are undefeated in their previous 2 away league matches.

The last league meeting featuring these clubs was Serie A match day 20 on 06/01/2018 which ended up with the score at Benevento 3-2 Sampdoria.

Sampdoria had 11 attempts on goal with 4 of them on target. Gianluca Caprari (45') and Dawid Kownacki (94') scored.

Owing to a completely healthy group available to select from, Benevento boss Filippo Inzaghi has zero fitness worries to speak of before this game.

Here, we’re thinking that Benevento could well find it tough to put one past this Sampdoria team who should be able to grind out a win.

That’s why we have predicted a very competitive game with a 1-0 winning score for Sampdoria when the referee blows for full-time. 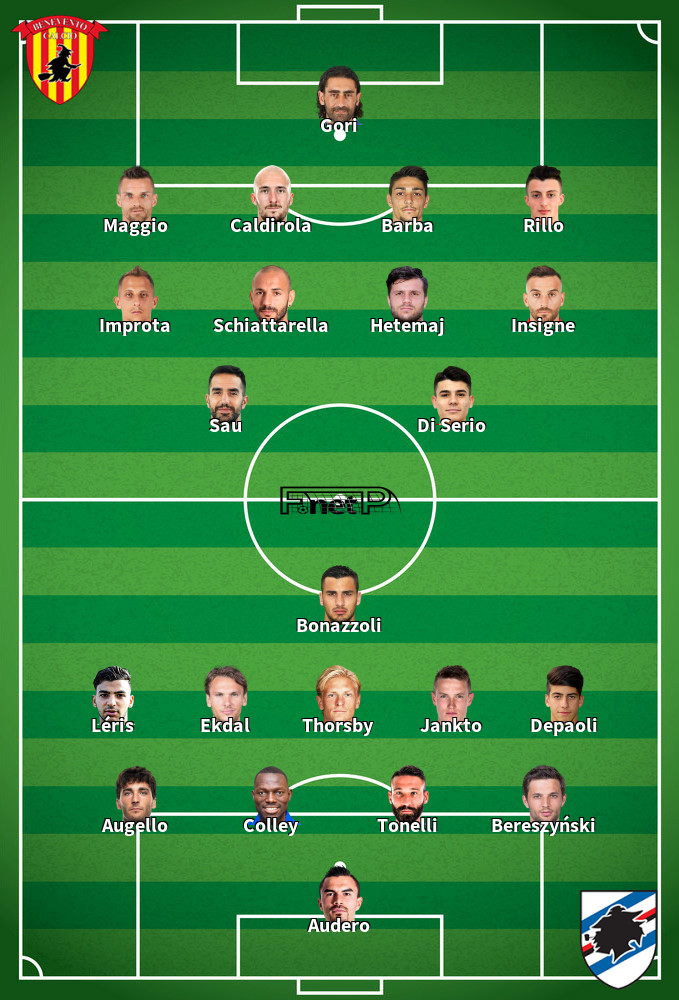 While we have made these predictions for Sampdoria v Benevento for this match preview with the best of intentions, no profits are guaranteed. Always gamble responsibly, and with what you can afford to lose. Best of luck with your selections.