Beroe Stara Zagora will be looking to improve on their last outing here following a 2-1 First League loss in their previous game against Levski Sofia.

Dimitar Dimitrov's Beroe Stara Zagora have netted 8 times in their preceding six outings. Conversely, the number of goals that they have conceded in that time is 9.

In their last fixture, Tsarsko Selo drew 0-0 in the First League tie with Botev.

In that match, Tsarsko Selo managed 47% possession and 6 shots at goal with 2 on target. For their opponents, Botev got 16 attempts on goal with 7 on target.

The strike force from Tsarsko Selo have suffered from a lack of goals over their previous six encounters, contributing the unsatisfactory return of only 3. In those matches, The Kings have also seen the collective goal aggregate of their opponents equal 5.

Coming into this clash, Tsarsko Selo haven’t won away from home in the past 5 league matches.

That time, Beroe Stara Zagora had 52% possession and 13 shots at goal with 4 of them on target.

For their opponents, Tsarsko Selo got 11 attempts at goal with 6 on target. Anderson (90') scored.

The match was refereed by Valdimir Valkov.

The Beroe Stara Zagora manager Dimitar Dimitrov does not have any fitness concerns whatsoever ahead of this clash with a completely healthy group available for selection.

Due to a completely injury-free squad available to select from, the Tsarsko Selo manager Antoni Zdravkov has zero fitness concerns at all coming into this clash.

In our opinion, Beroe Stara Zagora should really get amongst the goals when they line up against Tsarsko Selo, who might well find it difficult finding the net themselves.

We reckon that it will be a controlled 2-0 victory for Beroe Stara Zagora after 90 minutes. 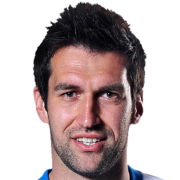 Normally used in the Striker position, Martin Kamburov was born in Svilengrad, Bulgaria. Having made his senior debut playing for Lokomotiv Plovdiv in the 2003 - 2004 season, the gifted Forward has managed to score 2 league goals in this First League 2021 - 2022 season to date coming from a total of 4 appearances.

While we have made these predictions for Beroe Stara Zagora v Tsarsko Selo for this match preview with the best of intentions, no profits are guaranteed. Always gamble responsibly, and with what you can afford to lose. Good luck if you do place a bet today.