The Super Lig clash at Başakşehir Fatih Terim Stadyumu on Friday will see home side İstanbul Başakşehir go into battle with Beşiktaş.

View all of the İstanbul Başakşehir v Beşiktaş predictions, poll and stats below (plus the best game odds).

İstanbul Başakşehir will be hoping for a better result following the 3-1 Super Lig defeat in their last game at the hands of Fatih Karagümrük.

In their prior six fixtures, Aykut Kocaman's İstanbul Başakşehir have managed to score a combined total of 7 times, an average number of goals per match of 1.17.

Beşiktaş will come into the match following on from a 2-1 Super Lig win over Sivasspor in their previous fixture.

Showing their partiality to productive matches, we’ve had goals 22 times in the last 6 games in which Beşiktaş have taken to the field, yielding an average of 3.67 goals per meeting. Their opponents have got 12 of this grand total. It will be interesting to see whether or not that trend will be sustained in this game.

Looking over their past head-to-head meetings stretching back to 03/11/2018 shows us that İstanbul Başakşehir have won 2 of these games and Beşiktaş 3, with the tally of draws being 1.

A total of 17 goals were yielded between them in these games, with 8 of them for Belediye and 9 belonging to Kara Kartallar. The average number of goals per game works out to 2.83.

The last league meeting featuring these sides was Super Lig match day 30 on 12/03/2021 when it ended İstanbul Başakşehir 2-3 Beşiktaş.

That day, İstanbul Başakşehir managed 32% possession and 8 attempts on goal with 3 on target. The goalscorers were Deniz Türüç (52') and Ba (76').

The İstanbul Başakşehir boss Aykut Kocaman doesn’t have any fitness worries at all before this clash with a completely injury-free squad ready to go.

We feel that Beşiktaş and İstanbul Başakşehir could both find goals hard to come by here.

Little in this one, and it’s almost too close to call. We’re therefore expecting a hard-fought 0-0 draw at the end of this one. 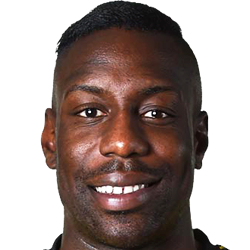 Customarily used in the Striker position, Stefano Okaka was born in Castiglion del Lago, Italy. Having made his senior debut playing for Roma in the 2005 - 2006 season, the goalscoring Forward has got 4 league goals in this Süper Lig 2021 - 2022 season to date in a total of 5 appearances.

We have made these İstanbul Başakşehir v Beşiktaş predictions for this match preview with the best intentions, but no profits are guaranteed. Please always gamble responsibly, only with money that you can afford to lose.