The Championship fixture at Deepdale on Tuesday sees home side Preston North End go into battle with opponents Blackburn Rovers.

All of our predictions, stats and the user poll for Preston North End v Blackburn Rovers are shown below - along with the latest match odds.

Preston North End will want to continue from where they left off last time out with the 1-0 Championship success against Sheffield Wednesday.

Alex Neil's Preston North End have hit the back of the net 8 times in their past 6 outings. At the other end, the number of goals that they have conceded in those fixtures amounts to 7.

Coming into this fixture, Preston North End haven't been beaten in the league by Blackburn Rovers in their previous 7 games.

In the game prior to this, Blackburn Rovers drew 1-1 in the Championship tie with Luton Town.

Tony Mowbray's Blackburn Rovers have fired home 10 times in the course of their previous six matches. The overall goals that have been scored against them during those same clashes comes to 8.

Going into this game, the form guide shows that Blackburn Rovers:

A quick look at past results between these clubs stretching back to 10/12/2016 tells us that these encounters have not been good ones for Blackburn Rovers. They have not managed to get themselves any wins at all while Preston North End have been dominant against them, getting wins in 67 per cent of those games played.

The previous league fixture between these clubs was Championship match day 27 on 11/01/2020 which ended up with the score at Blackburn Rovers 1-1 Preston North End.

On that day, Blackburn Rovers managed 57% possession and 14 attempts on goal with 4 on target. The scorer was Adam Armstrong (3').

For their opponents, Preston North End got 9 attempts at goal with 2 of them on target. Josh Harrop (17') scored.

Andrew Hughes (Hamstring Injury) and Louis Moult (Knee Injury) won’t be playing for Preston gaffer Alex Neil. David Nugent will not be able to play in this game through being suspended.

We’ve got the feeling that Blackburn Rovers and Preston North End could both end up scoring in a what should be a good tussle with little between the two teams.

Let’s see how this one goes, but it looks this could be a draw. That is why we are leaning toward a very even match with a 1-1 score draw at the end of the match. 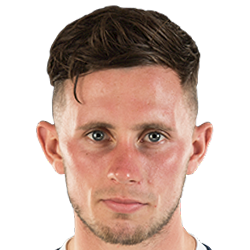 Typically taking to the field in the Centre Midfield position, Alan Browne was born in Cork, Rep. Ireland. After having made a senior debut playing for Preston North End in the 2013 - 2014 season, the dangerous Midfielder has struck 2 league goals in this Championship 2020 - 2021 season so far from a total of 11 appearances.

We have made these Preston North End v Blackburn Rovers predictions for this match preview with the best intentions, but no profits are guaranteed. Please always gamble responsibly, only with money that you can afford to lose. We wish you the best of luck.