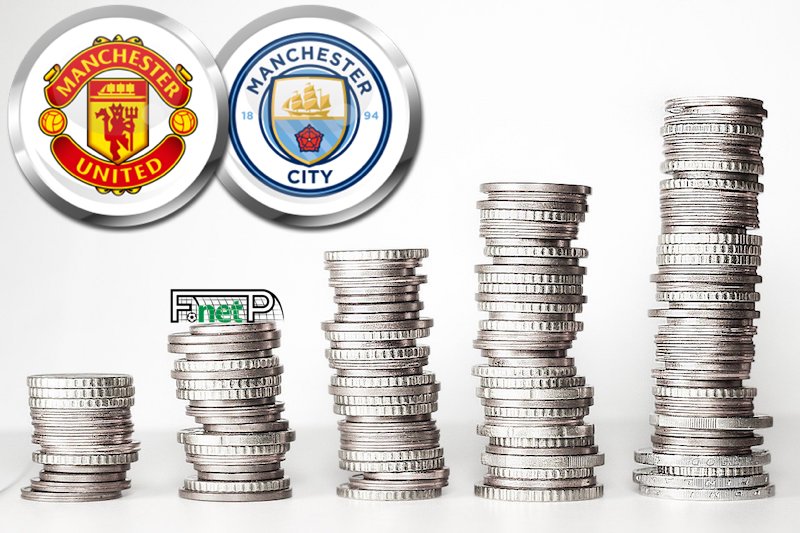 When it comes to footballing rivalries, few are as fierce as Manchester City versus Manchester United.

In a football-mad city, the divide between the two sides has always transcended beyond football with class and culture often at the heart of the debate.

The counter-culture is addressed with the microcosm of City being linked to Oasis and United to the Stone Roses; It demonstrates how while music manages to bring people together, football can tear them apart just as quickly in a city as divided as Manchester.

Historically, there was very little to split Manchester City and Manchester United through the eras – with United having won 7 league titles before 1993 and City having won 2, whilst their FA Cup records were even closer (United 6, City 4).

The arrival of Sir Alex Ferguson, however, left City trailing in United’s wake. The red half of Manchester have gone on to win 20 league titles and 12 FA Cups to become the most successful English football team of all time.

This success also propelled their finances as the club struck deal after deal with eager sponsors while packing out their high-capacity Old Trafford stadium.

Investment into Man City back in 2008 has seen them close the gap somewhat, taking both their league and FA Cup tally to 6, but they have an awful long way to go to catch their arch-rivals. So, how do the two Manchester heavyweights compare financially today?

That's according to a study conducted by the University of Liverpool's Centre for Sports Business Group. Manchester City is also debt-free while United owes hundreds of millions of pounds.

Whilst Manchester City is still looking to expand its global brand, Manchester United are well versed in promoting the club around the world.

Expansion within the merchandising market became par for the course for most clubs after United became accustomed to it back in the 1990s and it is estimated that nearly 1 billion people on the planet ‘support’ the Red Devils.

Such a fan base enables United to put their wealth elsewhere, meaning whilst they are not necessarily cash-rich, the reds have multiple assets that make them one of the biggest clubs in the world along with Real Madrid and Barcelona.

For Manchester City meanwhile, the global brand is expanding. The Blues’ success on the field has made them one of the biggest teams in the world.

Superstar players such as Sergio Aguero and Kevin de Bruyne has also heightened the profile of the club on the global market.

City are, however, playing catch up to United when it comes to developing the finances of the club through global support.

The well-documented takeover of Manchester City by Sheikh Mansour and his Abu Dhabi investment group back in 2008 saw City become one of football’s powerhouses overnight.

Subsequent investment and on and off-field success has seen City become the envy of many rival clubs and they are seen as creating the blueprint for outside investment for clubs all over the world.

Integral to their success from the off was financial backing from the owners. Sheikh Mansour was able to fund every aspect of the club that needed fixing and the transformation over the past decade has been monumental.

For Manchester United meanwhile, the Glazer family that owns the club have caused great angst among the loyal fan base. Since their takeover in 2005, the Glazers have been seen as a hindrance rather than a help by United fans.

As mentioned, Manchester United are the most asset-rich club in the world. This makes their debt relatively insignificant but in the 15 years the Glazers have been at the helm, the level of debt within Manchester United has risen from £250 million to over £500 million.

“Share sales have brought in £452m, none of its been invested in Man Utd.”

“The owners of Man City have put £1bn in, the Glazers have taken out £1bn.”@DGoughie on the Glazers amid #GlazersOut protests. 🔴 pic.twitter.com/G66T1ZdS45

Much of the ire within the Manchester United fan base is centred around the fact that their debt is growing, whilst the likes of City seemingly have no financial issues.

Whilst Manchester City may currently be richer than United, both clubs look set to be dining at the top table of both English and European football for a long time to come.