Did Everton Used To Own Anfield? 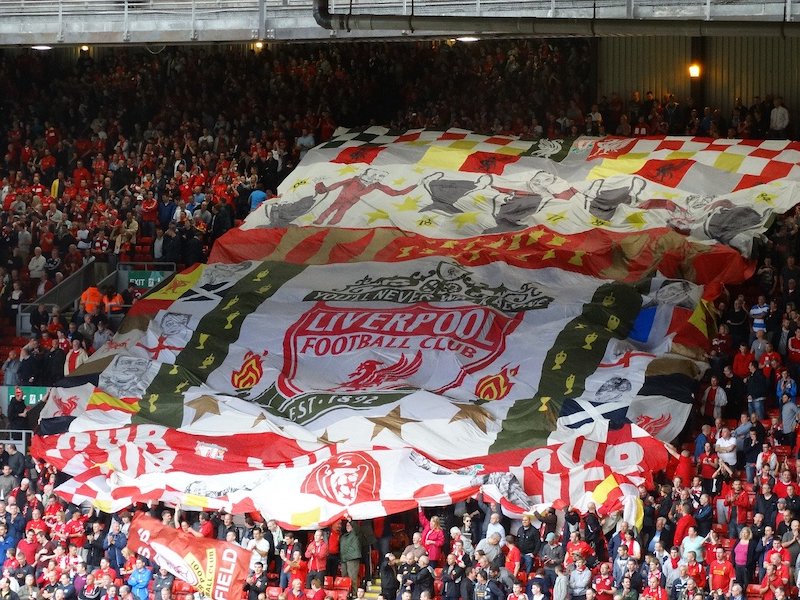 Merseyside giants Everton have played their home matches at Goodison Park since 1892, but are set to move away before the start of the 2023/24 season.

The Toffees played at Anfield Road before their move to Goodison Park. They were the first tenants at the ground and played their matches there from 1884 to 1892. Anfield was not owned by Everton, but it was the property of the then chairman John Houlding.

Everton may well soon be moving into another home stadium, though, with plans in place to build a ground at Bramley-Moore Dock that will be completed within the next five years.

The Dispute which Caused The Toffees to Move from Anfield

After being founded in 1878, Everton played their early matches in the east corner of Stanley Park in Liverpool. They continued to play here for six years before becoming tenants at Anfield, just minutes away.

Following their move into the stadium, the rent continued to rise over time. In 1888, the rental fees rose from £100 a year to an annual fee of £240.

Everton were not happy with this and, as the rent continued to go up, they decided in 1892 that it was too high and that they would go and play elsewhere.

Anfield was, by this point, owned by the Everton chairman John Houlding, who was leasing it to the club.

A dispute between Houlding and the rest of the Everton board erupted as a result of the price of the rent, which saw him part ways with the club as they departed Anfield for Goodison Park.

Having been left with an empty stadium without a club playing in it, Houlding ultimately founded Everton’s Merseyside rivals, Liverpool, shortly after The Toffees vacated Anfield.

Located in the north-west corner of Stanley Park - with Anfield in the south - Everton have played at the 40,000 capacity Goodison Park for over 125 years.

Goodison was the first major football ground built in England for footballing purposes and was officially opened in 1892. As a result, Goodison Park has staged more top-flight league matches than any other stadium in the United Kingdom.

It was also the first English stadium to be installed with undersoil heating as well as being the first to have two tiers on all four of its stands. Despite all this history, the club has been exploring the possibility of leaving Goodison during the last two decades.

Talks over The Toffees moving away from Goodison Park are believed to have begun as early as 1996. The first plans for a new home were for a 60,000 capacity stadium.

These plans did not develop beyond the early stages of planning. In 2000, the club made an unsuccessful attempt to secure permission to build a 55,000-seater stadium at King’s Dock, to the south-west of Goodison.

The Toffees were unable to raise the 50% of the stake required to build the stadium, an amount valued at £30million. As a result, their bid was rejected by Liverpool City Council.

Come 2004, discussions began between Everton and Liverpool to build a new stadium within Stanley Park that the two clubs would use as part of a ground share.

This once again failed due to Everton’s inability to raise their share of the required funds. The central government rejected plans for a 55,000 capacity ground as part of the ‘Kirkby Project’ in 2006 after a public inquiry. The club also saw an amended plan knocked back.

Fast forward to January 2017, Bramley-Moore Dock was chosen by the board as the desired location for a new stadium. The plan currently in place has the start of the 2023/24 season as the proposed opening of the new ground.

These have gone into the second phase of public consultation, with artist impressions released of what the stadium could look like.

🏟 | It's time to reveal proposed designs for our iconic new stadium on the banks of the River Mersey... 💙 #EFC pic.twitter.com/U2ZrOS9LCN