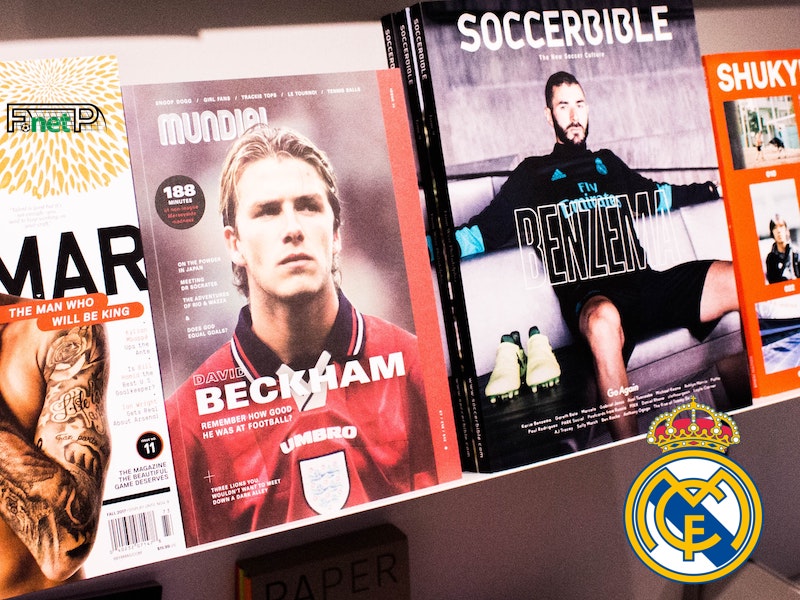 In 2003, David Beckham became Real Madrid’s latest ‘galactico’ when he traded Manchester United for the Spanish capital. Los Blancos parted with around €37million to bring the (then) England captain to the Bernabeu.

Real reportedly pipped their arch-rivals Barcelona to the signature of the well-loved ‘Golden Balls’, and in the process signed arguably the most famous footballer of all time.

Throughout Beckham’s time in Spain, there were many highlights and occasional disappointments. When examining his four-year stay in Spain’s capital, it’s fair to say that Beckham became one of the club’s most popular players in their history.

The former England captain made over 150 appearances for Real Madrid, scoring 20 goals and registering 51 assists. His final year playing for Los Blancos saw him lift the La Liga title before leaving for the MLS with LA Galaxy.

A Fitting Farewell Before Heading Stateside

At the end of Beckham’s final appearance for Real Madrid, he was given a lap of honour after the team lifted their first La Liga title in four years. Alongside his two eldest sons, Beckham, who was wrapped in an England flag, entered the centre-circle for the final time.

When he arrived in the centre of the famous stadium, he dropped onto his knees and kissed the turf. All around the Santiago Bernabeu fans threw confetti into the air to show their appreciation to the England legend.

This act of celebration epitomised the Los Blancos fans’ love for Beckham; a love which has been hard to receive for many other British players who have donned the famous white shirt.

For example, Gareth Bale recently returned to Tottenham Hotspur without such a celebration despite a more trophy-laden career for Los Blancos.

Bale’s story for Real Madrid turned from a dream into a nightmare as he was frozen out by manager Zinedine Zidane before returning to England on loan.

After three trophyless seasons with Beckham in the side, Real Madrid opted to appoint Fabio Capello in an attempt to bring the La Liga trophy back to the Spanish capital.

As Beckham had entered into the final year of his contract with Los Blancos, his future became uncertain with the club not offering him an initial extension.

In January 2007, Beckham had announced that he had signed a five-year deal with MLS club, LA Galaxy. This move prompted Capello and the Real president to publicly criticise the midfielder, with the Italian saying Beckham had “played his last game for the club.”

However, the future England manager backtracked soon after with Beckham involved in a victory against Real Sociedad. ‘Golden Balls’ repaid Capello’s faith immediately with an equalising goal before Real secured three points.

Beckham started his final match for Los Blancos as the club beat RCD Mallorca 3-1 on the final day of the season to pip Barcelona to the title.

A month after the conclusion of Beckham’s contract with Real Madrid, Forbes magazine reported that the former England captain was primarily responsible for Los Blancos’ substantial increase in merchandise sales.

The magazine reported that the club received a peak of $600million during Beckham’s four-year stay in Madrid.

Spells in Italy, the United States, And Paris Before Retirement

After two years playing for LA Galaxy, Beckham returned to European football when joining Italian giants, AC Milan on loan. Beckham made his I Rossoneri debut in a draw with AS Roma.

After two loan spells in Italy, Beckham returned to the United States and tasted success in his final season for LA Galaxy as he lifted the MLS Cup. The Galaxy cruised to victory in the final against Houston Dynamo, as they recorded a 3-1 victory.

Following his departure for the United States, Beckham joined Paris Saint Germain, once again linking up with his former boss at AC Milan, Carlo Ancelotti.

Beckham’s final game in professional football came in a 3-1 victory against Brest, as the French giants lifted the Ligue 1 trophy after the full-time whistle.