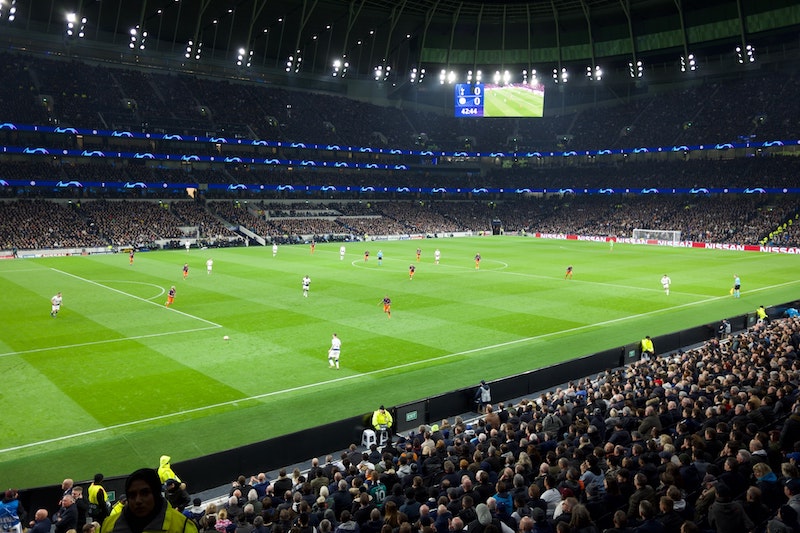 English giants Tottenham Hotspur have gone from strength to strength in the last 15 years as they have developed into a European heavyweight, seeing the club grow on and off the pitch.

Spurs no longer play at White Hart Lane, having played their final match at the stadium in May 2017. They now play on the same site but at the newly built Tottenham Hotspur Stadium.

The stadium was completed in April 2019, after more than a season playing at Wembley Stadium.

For many fans, it was an emotional event to leave White Hart Lane after over 100 years playing at the famous old ground.

In 1905, the Spurs board acquired the freehold to the land, making them the owners of White Hart Lane and able to make adjustments to the stadium.

Plans for the development of the stands began when the club was admitted to the Football League.

This began with the construction of the West Stand in 1909, with the East Stand being given a roof at the same time - before being extended two years later.

The famous bronze cockerel statue was also added to the stadium’s roof around the same time as these alterations.

After the club won the FA Cup in 1921, the Paxton Road End was covered using the prize money, which was also put towards the building of the Park Lane End two years later.

White Hart Lane remained generally untouched over the next 60 years.

In 1982, the club replaced the West Stand, before six years later in 1988 the East Stand was renovated.

Starting in 1992, the ground was developed into an all-seater stadium in line with league guidelines in the wake of the Hillsborough disaster.

The Paxton Road End then had an upper tier added to it during the 1997/98 season.

Minor amendments in 2006 brought the White Hart Lane capacity up to just over 36,000.

Farewell to 'The Lane'

After this, the club began to look into the idea of moving to a new stadium. The first site explored by the board was the London Olympic Stadium.

However, the club was overlooked as the proposed bidder with London rivals West Ham United chosen instead.

Thus, the club chose to build a new stadium on the same site as White Hart Lane as part of the Northumberland Development Project.

The northeast corner of White Hart Lane was removed as the building work of the new ground began.

Watch this time-lapse video which shows how the new stadium was constructed around the existing White Hart Lane stadium. 'The Lane' was then demolished in order to complete the enormous £1 billion project.

This saw European home games moved to Wembley Stadium for the 2016/17 campaign, before all matches moved from May 2017 onwards after the final game at White Hart Lane before it was demolished.

Moving to their new home, the Tottenham Hotspur Stadium

The first plans for the new stadium as part of the Northumberland Development Project were submitted and approved in September 2010, with the official agreement following a year later.

The project was put together by the club and local authorities to benefit the community within the surrounding areas. After expected delays due to the buying of land and securing planning permission, the building of the new stadium began in 2016.

Planned test events in August and September 2018 had to be delayed due to health and safety concerns caused by electrical issues within the stadium. Following two successful test events, Spurs finally played their first Premier League game at the Tottenham Hotspur Stadium in April 2019, beating Crystal Palace 2-0.

The new stadium holds over 62,000 spectators and can be used for a variety of events, including NFL matches and music concerts.

Here is that first-ever Premier League goal scored at the new stadium:

The noise when the ball hits the net 😍#NoFilterUCL pic.twitter.com/p72wwVARGy

Just listen to that noise!

Tags: Tottenham Hotspur
Who Are Chelsea FC's Rivals?
Who is Manchester City’s biggest rival?
Are Tottenham A Big Club?
Which Tottenham Player Only Has One Knee?
Is Tottenham Hotspur a Jewish Club?
Can Spurs’ New Stadium Be Expanded?
Get tips via Telegram