Does FC Barcelona Play In July? 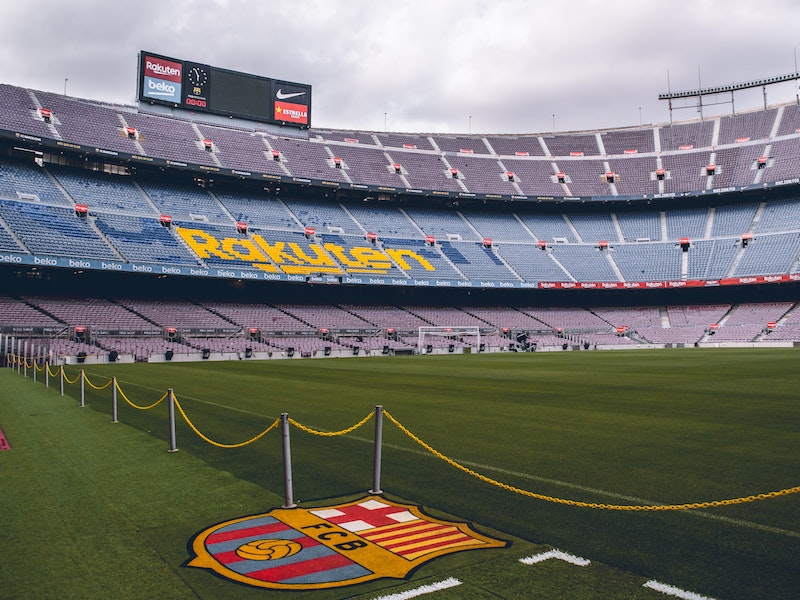 Having been originally founded in 1899, FC Barcelona has now played a competitive fixture in every month of the year, completing the set in their 121st year.

Generally, FC Barcelona only plays 'friendly' matches in July as the La Liga season traditionally runs from August to May. However, in 2020 they played league matches in July for the first time after the season was suspended for three months in March due to the Coronavirus pandemic.

Despite a lack of matches, July has often been a busy month for those at Camp Nou.

With 11 matches left of the league season, the La Liga campaign was paused as COVID-19 cases peaked in Spain in March 2020. As a result, Barcelona ultimately finished their domestic season in July, playing five matches during the month.

When football returned in Spain, the club found themselves top of the La Liga standings, ahead of El Clasico rivals Real Madrid. Barca won four and lost one of their five matches during July, starting with a 4-1 away victory at Villarreal.

How much are Barcelona missing Luis Suarez? 😢pic.twitter.com/gQZM20HHuN

Goals from Luis Suarez, Antoine Griezmann and Ansu Fati followed an early own goal from the hosts’ Pau Torres. A feisty El Derbi Barceloni against Espanyol followed as both sides finished the match with ten men.

Teenage winger Fati was sent off for Barca at Camp Nou as Suarez’s 56th-minute strike proved the difference between the sides.

Another 1-0 win followed as Arturo Vidal scored the only goal in the 15th as Barcelona returned from a trip to Valladolid with three points. A major hiccup followed, however, as mid-table Osasuna visited the Nou Camp.

Despite having a man sent off, the visitors won the game in stoppage time by scoring a winner in the 94th minute to come out 2-1 victors. The home side’s goal had been scored shortly after the hour mark by the mercurial Lionel Messi.

Ultimately, though, they were unable to lift their 27th league title as they ended the season in second place, five points below their fierce rivals Real Madrid. Uniquely, the club played in both July 2019 and July 2020, having started their pre-season in Japan 12 months prior to ending the 2019/20 season.

These two matches in the Rakuten Cup saw Barca lose to English side Chelsea, before beating tournament hosts and affiliate club Vissel Kobe.

Traditionally, the month of July is spent preparing for the upcoming season with transfers in and out of the club and a handful of pre-season friendlies taking place ahead of the usual August start date for the league season.

Prior to the 2019/20 season, Barca sealed the signings of Dutch midfielder Frenkie de Jong from Ajax, Brazilian goalkeeper Neto from Valencia and Antoine Griezmann from Atletico Madrid. The latter’s arrival ended a long-running saga as the Blaugrana pushed to capture the French World Cup winner’s signature.

Barcelona also had a busy July 12 months previously, during a month when the 2018 World Cup concluded in Russia. Once again, three additions were made to the first team playing squad.

In terms of outgoings, long-serving midfielder Andres Iniesta departed for J-League side Vissel Kobe after 22 years at Barcelona as a youth and senior player. During this time, the World Cup winner helped the club to 32 trophies.

Regarding pre-season matches, Barca took part in the International Champions Cup, beating Tottenham Hotspur on penalties and losing to AS Roma in the United States of America.