Has Newcastle United Ever Played In The Champions League? 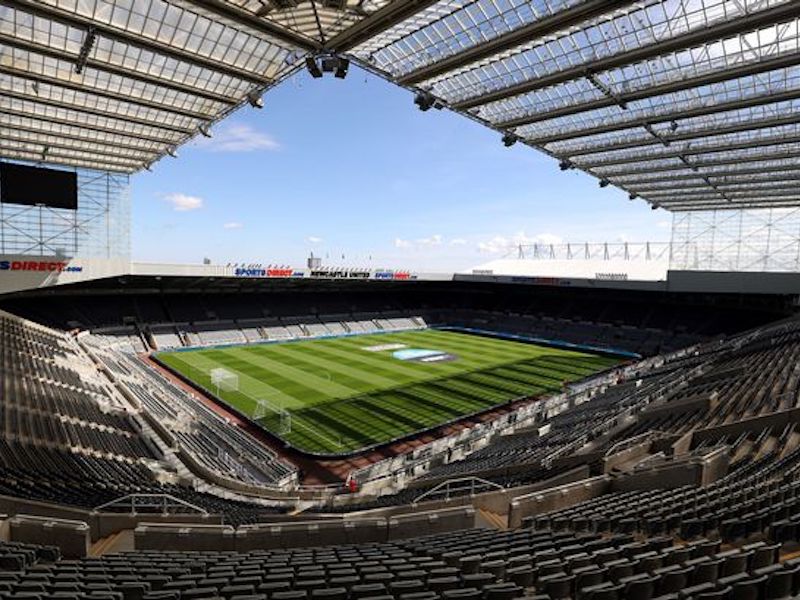 During the late 1990s, Newcastle United became title challengers under manager Kevin Keegan. Despite having a promising points lead over Manchester United, the Magpies capitulated and surrendered the league’s top spot to Sir Alex Ferguson’s side.

Although there was a disappointment in the league, they often qualified for European competition. But have Newcastle United ever played in the UEFA Champions League?

The Magpies have featured three times in Europe’s most prestigious competition, in 1997/98 under Kenny Dalglish and twice under Sir Bobby Robson; in 2002/03 and 2003/04. The club hasn’t qualified for the Champions League since then.

However, The Magpies have played in the UEFA Cup and the Europa League; Most recently in 2013 when Alan Pardew held the managerial reins.

St James’ Park under the lights in the Champions League were spectacular occasions for both players and fans alike. The Magpies recorded impressive victories against Barcelona and Juventus.

Perhaps their greatest run in the competition came while Robson was in the dugout in 2002/03, where they looked set to drop out in the group stage, but performed a miracle to turn their fortunes around.

Newcastle entered the 1997/98 competition in the second qualifying round stage where they faced a Croatia Zagreb side who were also vying for a place in the group stages.

At St James’ Park, the Magpies won 2-1 and looked set to qualify prior to their second leg clash in Croatia. Newcastle’s task in eastern Europe took a turn for the worse as they lost 2-1 on the night.

Extra-time was needed and the Toon Army needed to score once more to reach the group stages. That goal did eventually come and they won the tie 3-4 on aggregate.

Newcastle’s opening tie saw them record one of the greatest victories in their history. Faustino Asprilla scored a 27-minute hat-trick as the Magpies stunned the Catalan giants.

Tino Asprilla’s hat-trick against Barcelona turns 22 today. Blow the dust off your VHS copy of ‘Viva Asprilla’ and crack open a Newcy Broon.pic.twitter.com/VbIsR9OQrv

Despite a late flurry from the visitors, nothing could dampen the mood of the Geordie supporters as the club recorded an opening day success.

The joy was short-lived, however, as the Magpies drew one and lost three of their next four fixtures. A draw with Dynamo Kyiv was followed up by three consecutive victories, two to PSV Eindhoven and one at Camp Nou to Barcelona.

A victory on the final match week against Kyiv at St James’ Park gave the home supporters something to cheer as their run in the competition came to an end.

Following Newcastle’s fourth-place finish at the end of the 2001/02 Premier League season, the Magpies qualified for the second qualifying round in the Champions League for the first time since Dalglish was at the helm.

The club qualified for the group stages after an aggregate victory against Zeljeznicar, where they faced Dynamo Kyiv, Feyenoord, and Juventus. Newcastle made a disastrous start to the competition as they lost their opening three matches.

When all hope looked lost, they produced a remarkable turnaround to qualify for the second group stage. Back-to-back victories against Juventus (1-0) and Kyiv (2-1) set up a make or break tie in Holland.

In an enthralling match, Newcastle were on the right side of a five-goal thriller.

After making it through to the next stage, there was no fairytale ending. The Magpies only picked up nine points in a group containing Inter Milan, Barcelona, and Bayer Leverkusen.

Once again under Robson, Newcastle United had reached the qualifying rounds of the Champions League. A professional 1-0 victory against Partizan Belgrade in the away leg of the tie put their fate in their own hands.

However, a disastrous 1-0 defeat at St James Park forced the game into extra-time, then penalties.

The visitors from Yugoslavia then held their nerve in the penalty shootout to win and prevent Newcastle from reaching the group stages for a second consecutive year.