Has Neymar Played For Barcelona? 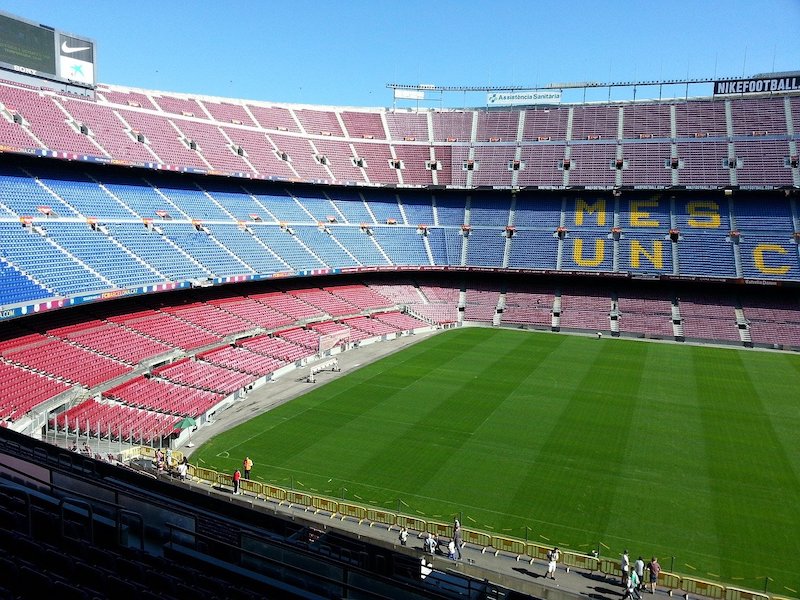 Neymar is undoubtedly one of the most talented footballers in world football. Currently plying his trade for Paris Saint Germain, the Brazil international has won it all in both Brazil and in European football.

Despite his success in France, has he played for Barcelona?

In 2013, Barcelona did indeed sign Neymar from Santos. He won multiple league titles, plus a UEFA Champions League while forming a formidable front three with Lionel Messi and Luis Suarez.

Neymar, unfortunately, departed Catalonia for Paris in a transfer that shocked the footballing world in 2017.

If recent reports are to believed, Neymar is close to committing his immediate future to PSG by signing a new contract. Links to a return to Camp Nou have been played down recently due to the Spanish club’s financial difficulties coinciding with the astronomical fee needed to bring the Brazilian back.

Breaking Onto The Scene With Santos

After progressing through the youth ranks with boyhood club Santos, Neymar made his professional debut for the club. He was just 17 years old, yet starred in a 3-1 victory against Oeste.

The following week he netted his first goal for the club against Mogi Mirim. Across his debut season, he scored 14 goals in 48 appearances.

The time Barça conquered Santos and Neymar at the Club World Cup. pic.twitter.com/zg1NypYy6N

Spearheaded by the then young star, Santos won their first Copa Libertadores since Pele’s tenure at the club by clinching a 2-1 aggregate victory - with Neymar being named ‘Man of the Match’.

In May 2013, Neymar confirmed that he was signing for FC Barcelona, although an investigation was launched in January 2014 to uncover the details surrounding his transfer to the Catalan giants.

As a result, Barcelona was forced to reveal the exact financial details paid to Santos for the transfer. The figures showed that the transfer cost them €86.2million with Neymar’s parents confirmed to have received €40million.

In the aftermath, Barcelona and their president were charged with tax fraud.

Across the 2014/15 European season, ‘MSN’ scored a combined 122 goals between them; setting a record in Spanish football history.

As Barcelona progressed into the Champions League final, they found themselves favourites in the biggest game in European football as they faced Juventus. Despite being pegged back to 1-1, the Catalan club lifted their fifth Champions League trophy, with Neymar scoring the third in an eventual 3-1 victory.

Barcelona beat Juventus 3-1 in Berlin to win their fifth Champions League title and become the first European side to win the treble twice. 🏆🏆🏆

Across the 2016/17 season, Barcelona’s fortunes in Europe changed dramatically. The Catalan giants found themselves 4-0 down entering their second leg clash with PSG after faltering in Paris.

Neymar then became the main protagonist in the second leg at Camp Nou. In the Round-of-16 clash, the Brazil international scored twice, before assisting Sergi Roberto’s dramatic late winner as Barcelona secured a 6-1 victory.

In April 2017, Neymar scored his 100th goal in Barcelona colours as the club beat Granada 4-1.  On 27 May, Neymar scored in the 2017 Copa del Rey Final, his 105th goal for the club, as Barcelona defeated Alavés 3–1 at the Vicente Calderón in Madrid.

In the summer of 2017, shockwaves reverberated across the footballing world when Barcelona had announced that Neymar’s €200million release clause had been met by Paris Saint Germain.

Barcelona's Neymar will become the world's most expensive footballer when he signs for Paris St-Germain - here's the deal in numbers ⚽️💶😲 pic.twitter.com/4voyKZLzRR

Neymar lifted the domestic treble at the end of his first season and scored and assisted on debut against Guingamp. However, his season was cut short by fracturing a bone in his foot; he ended the season with 28 goals in 30 games.

Since his move to France, he has been constantly linked with a return to Barcelona. However, in recent months a move has grown more unlikely due to the off-field turmoil at the La Liga giants.

Tags: Barcelona, Neymar
How much environmental damage are top footballers causing?
Is Real Madrid Better Than Barcelona?
Where Do FC Barcelona Players Live?
Can You Watch FC Barcelona Train?
What Are The Four Elements On The Crest Of FC Barcelona?
Has Neymar Played For Real Madrid?
Get tips via Telegram