Have Real Madrid Ever Won A Treble? 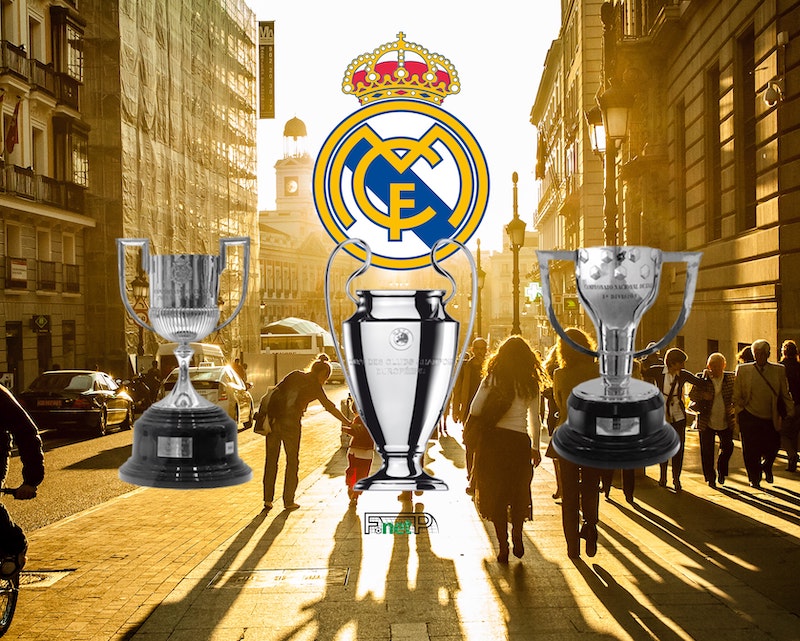 Real Madrid are no strangers to success, with their reputation as the world’s best and most storied club beyond question. Los Blancos have won a record 34 La Liga titles, as well as 19 Copa del Rey trophies and 13 Champions Leagues - the most of any club.

Despite this, Spain’s premier club has not won a traditional treble. Los Blancos have come close on many occasions, but are eclipsed by their El Clasico rivals Barcelona in this impressive feat.

Trebles are usually only characterised by clubs winning the top division, top cup competition and the UEFA Champions League.  However, some Real fans may stake claims to alternative trophy hauls which could register as a treble to some.

Los Blancos have had several brushes with treble success

With their list of major honours outdoing that of many other top clubs, it may come as a huge surprise to some that Real Madrid have never won the traditional treble.

Their closest brush with the elusive treble came in the 1988-89 season under legendary boss Leo Beenhakker. Real stormed to La Liga triumph, losing just once to Celta Vigo as they finished five points clear of rivals Barcelona.

In Copa del Rey competition they were equally as dominant, again losing just once against Celta Vigo despite winning the first leg of their tie 5-0.

The final against Real Valladolid was won inside five minutes, with swashbuckling left-back Rafael Gordillo scoring to seal yet another trophy - with the final taking place in the home of rivals Atletico Madrid.

It was the European Cup where Real fell short of the landmark achievement. Having overcome Moss FK, Gornik Zabrze and PSV Eindhoven, Los Blancos fell to an embarrassing 5-1 aggregate defeat against eventual champions AC Milan.

Others, including Barça, have had treble success

Only seven European sides have managed to win a treble, with Barcelona and Bayern Munich managing to complete the feat twice.

The first treble-winning side was Glasgow's Celtic in the 1966-67 season, winning the Scottish league, cup and claiming European Cup victory over Inter Milan in Lisbon - which led the side to be dubbed the ‘Lisbon Lions’.

The most recent treble winners are Bayern Munich, with the star-studded side managed by Hansi Flick etching themselves into the history books despite their faltering start to the season leading to the sacking of previous boss Nico Kovac.

Real’s fierce El Clasico rivals Barcelona have also won trebles on two occasions, with the first produced by arguably the best team of all-time in the 2008-09 season.

The record-breaking side would prove to be the foundation for Spain’s dominance on the international stage. Barca repeated the feat in the 2014-15 season, beating Juventus in the Champions League final.