How Did Neymar Become a Footballer? 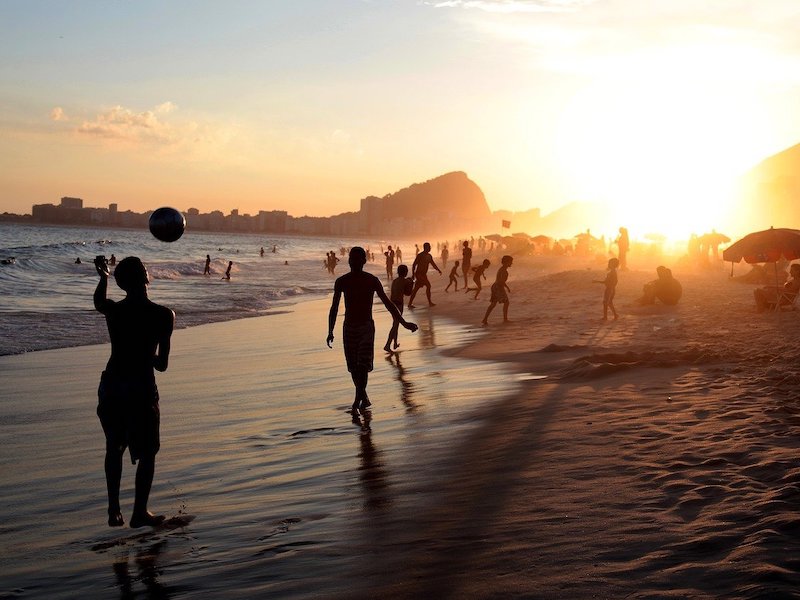 It’s no secret that Neymar is one of the greatest footballers on the planet. His dazzling performances have won his admirers and trophies as he has won everything there is to win in club football - and he’s not finished yet.

He began his career at Santos before moving to FC Barcelona. It was at the Catalan club where he became a global superstar, and one of the most valuable football players in the world.

He then became the most expensive footballer of all time when he transferred to PSG in 2017.

Neymar became a footballer in his native Brazil when he was spotted and signed by Santos. Like many footballers, he progressed through their academy system before signing a professional contract.

Due to his impressive performances for the Santos youth teams, he was often playing in age groups higher than his actual age. This resulted in him making his professional debut at 17 years old.

PSG currently have one of football’s most prized assets in their ranks. The journey Neymar has been on from a young kid in Brazil to the most expensive footballer of all time is nothing short of remarkable.

Music to PSG fans' ears has been the recent rumours that Neymar could commit his future to the club by signing a new contract.

Playing Futsal Before Signing For Santos

At a young age, Neymar started to play futsal, the indoor version of football, to toughen himself up. The version of the game includes a hard ball that doesn’t bounce often and is also played on a basketball court.

Neymar was able to refine his skills on the futsal pitch which has allowed him to transfer those skills onto 11-aside, which he still uses to this day.

After progressing through the youth ranks with boyhood club Santos, Neymar made his professional debut for the club at just 17 years of age in a 3-1 victory against Oeste. The following week he netted his first goal for the club against Mogi Mirim. Across his debut season, he scored 14 goals in 48 appearances.

Neymar made his debut for Santos on this day in 2009 👶

Spearheaded by the then young star, Santos won their first Copa Libertadores since Pele’s tenure at the club by clinching a 2-1 aggregate victory- with Neymar being named ‘Man of the Match’.

In May 2013, Neymar signed for FC Barcelona in a deal worth over €85million. Alongside Luis Suarez and Lionel Messi, the three forwards formed a formidable attacking line which was dubbed “MSN”.

Across the 2014/15 La Liga season, ‘MSN’ scored a combined 122 goals which set a new league record in Spain. At the end of the 2015 season, Neymar had spearheaded the club to the UEFA Champions League final where they faced Juventus.

Despite Ivan Rakitic’s opener being cancelled out by Alvaro Morata, Suarez’s strike in the 68th minute retook the league for Barcelona.

The Brazil international then secured the victory in the final by scoring in the seventh minute of stoppage time. By winning the Champions League, under the guidance of Luis Enrique, the club lifted their second treble in their history.

In 2017, shockwaves reverberated around the footballing world when Barcelona had announced that PSG had triggered Neymar’s €200million release clause. Amid varying reports that he would be staying or leaving, Neymar announced that he had joined the French club.

In 2020, he alongside Kylian Mbappe reached the Champions League final once again for the first time in PSG’s history. Unfortunately for the Brazil international, he couldn’t match his feat with the Catalan giants as Bayern Munich defeated the Parisian side.