How Much Did The Leicester Team Cost? 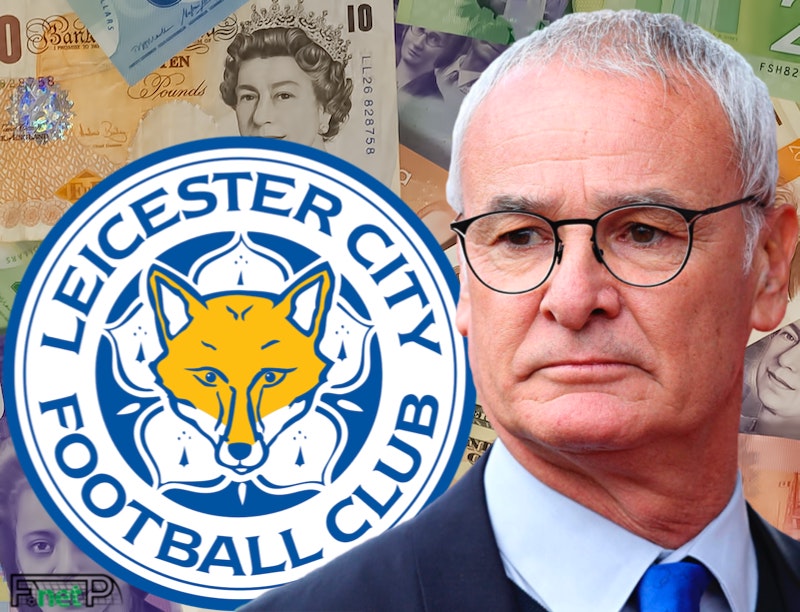 Across the 2015/16 Premier League season, Leicester City achieved one of the greatest feats in sporting history. Against all odds, Claudio Ranieri’s Foxes lifted the Premier League trophy despite playing in League One seven years prior.

What made their incredible achievement even more miraculous was the fact they built their squad on a shoestring budget.

The entirety of the Leicester squad that won England’s top division cost around £54.4million. To put that into perspective, Manchester City spent £54million on Kevin De Bruyne alone in the summer of 2015.

Ranieri, the formerly nicknamed ‘The Tinkerman’, found the perfect formula to win the Premier League as he built a fast-paced, counter-attacking side that was spearheaded by Jamie Vardy and Riyad Mahrez.

Before his departure in the summer, Ranieri’s predecessor, Nigel Pearson signed the Austrian fullback. Arriving from Schalke 04, there was much optimism that the experienced defender could help a defence that conceded 55 goals the previous campaign.

Arguably Fuchs’ most influential moment that season came when he provided an inch-perfect assist to Jamie Vardy when the England international broke Ruud van Nistelrooy’s record of scoring in 10 consecutive Premier League matches.

Albrighton traded the West Midlands for east when he joined the club in the summer of 2014, from Aston Villa. The versatile midfielder played an important part for Ranieri’s title winners by scoring two goals and registering six assists.

Shinji Okazaki was signed from German club, Mainz in the summer of 2015 for £7million- which is the second-highest transfer fee paid by the Foxes for a player in their title-winning squad.

The Japan international made 36 league appearances for the Foxes throughout 2015/16 and formed a useful partnership with Jamie Vardy. Okazaki scored five goals on the way to the title, including a crucial overhead kick against Newcastle United.

One of the Foxes’ marquee signings during the 2014 summer transfer window was Leonardo Ulloa, who arrived from Brighton and Hove Albion for £10million. The 6ft 2’ striker had to mainly settle for appearances from the bench during the season but scored a vital winner against Norwich in a 1-0 home victory.

Vardy and Riyad Mahrez were arguably Leicester’s most influential players on their way to lifting Premier League gold. Both players embodied the Foxes’ impressive and effective scouting methods.

He scored 16 goals as the Foxes won promotion from the Championship in 2013/14, but struggled the year after in the Premier League as he only scored five times. However, under Ranieri he rediscovered his goal-scoring touch.

... Including one of the best goals ever seen 😯😯😯#lcfcpic.twitter.com/gpPekikdja

Vardy scored 24 Premier League goals in 2015/16- including 11 in consecutive matches, which set a new league record.

Mahrez was signed for £400,000, which has proved to be one of the best value-for-money signings in Premier League history. Across the 2015/16 season, he notched 17 times and registered 11 assists.

6th February 2016 - what a goal! The day everybody finally truly believed

For his outstanding performances during the season, he was awarded the PFA Player of the Year award, and by doing so, became the first African to win it. He eventually left the Foxes to join Manchester City in 2018 for around £60million.

Much like Mahrez, Leicester were able to buy the instrumental N’Golo Kante for a minimal fee, before selling him for a substantial profit. The modest France international signed for £5.6million, and proved to be the Foxes’ midfield engine.

After the 2016 European Championships, Kante moved to Chelsea for £32million, where he won another league title.

The spine of the team that included, Kasper Schmeichel, Wes Morgan and Danny Drinkwater all cost the Foxes less than £2million.

Captain Morgan was at the heartbeat of the defence, with Schmeichel and Drinkwater also receiving recognition for their part in the title success.