Is Chelsea FC In Fulham? 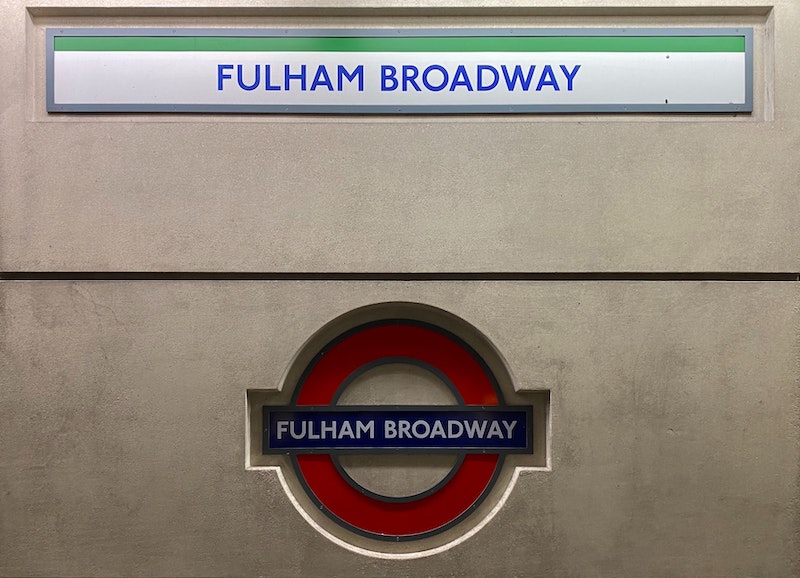 The Blues are not, however, based in the London Borough of Kensington and Chelsea from which they get their name. Instead, Chelsea FC are based in the nearby Borough of Hammersmith and Fulham with their stadium situated in the Fulham area.

The Borough of Hammersmith and Fulham is highly saturated with sporting institutions, but it is not the home of all of Chelsea’s footballing activities.

Chelsea and the Borough of Hammersmith and Fulham

Despite their name, Chelsea Football Club has spent the entirety of its 115-year history based in the Borough of Hammersmith and Fulham. Their stadium, Stamford Bridge, was built in Fulham in 1877 and was offered to Fulham Football Club on a rental basis in 1904.

Fulham FC - or The Cottagers - founded in 1879, opted to stay at their Craven Cottage home, thus, leading to the formation of Chelsea FC in 1905. The Blues took their name from the adjacent London Borough of Kensington and Chelsea due to Fulham already being in existence and after dismissing other names suggested such as London FC, Kensington FC and Stamford Bridge FC.

The two clubs do share a rivalry as a result of playing just 1.8 miles apart from each other, but it is not as fierce as Chelsea’s clashes with the likes of Leeds United and Tottenham Hotspur due to lack of meetings between the two clubs - with Fulham’s recent inferiority playing a part in the rivalry fizzling out.

The home of Chelsea’s football-related activities

Whilst The Blues are based in Fulham, a majority of the club’s football-related activities take place almost 20 miles away. Since 2005, the Cobham Training Centre has been the home of the first team, women’s and academy training as well as occasionally hosting reserve and youth team matches.

The facility is located just outside the village of Cobham in Surrey, which is situated south of London. The state of the art centre’s media and rehabilitation facilities allow it to accommodate all non-matchday aspects of the club and the facility’s entrance is a common backdrop for the announcements of new Chelsea signings.

For most of the 21st century, rumours have circulated relating to the club’s plans to either move to a new stadium or to redevelop their current Stamford Bridge home. Whilst it is now most likely that The Blues will stay in Fulham and conduct work on The Bridge to increase its capacity, several new locations had been considered previously both within the Borough of Hammersmith and Fulham and elsewhere in London.

The site of the Earls Court Exhibition Centre was one possible area considered for the construction of a new stadium. It would have also allowed the club to play in the borough in which they are named after with Earls Court being situated within the area of Kensington and Chelsea.

A move to the border of the two boroughs with which Chelsea are associated was also discussed in the form of the Imperial Road Gasworks. Alternatively, plans to move to the aptly named Chelsea Barracks would have seen the club move to the opposite side of Kensington and Chelsea but still remaining outside the borough.

The former British Army barracks is located in the City of Westminster, to the east of Kensington and Chelsea and two and a half miles from Stamford Bridge.

The proposed site that looked the most likely to become Chelsea’s new home would have seen the club move south of the River Thames to the Borough of Wandsworth. A bid was submitted to purchase Battersea Power Station and an artist's impression of the potential new stadium was even made public, but the club were not the landowners’ preferred bidders.