What Is The Wolverhampton Wanderers Song? 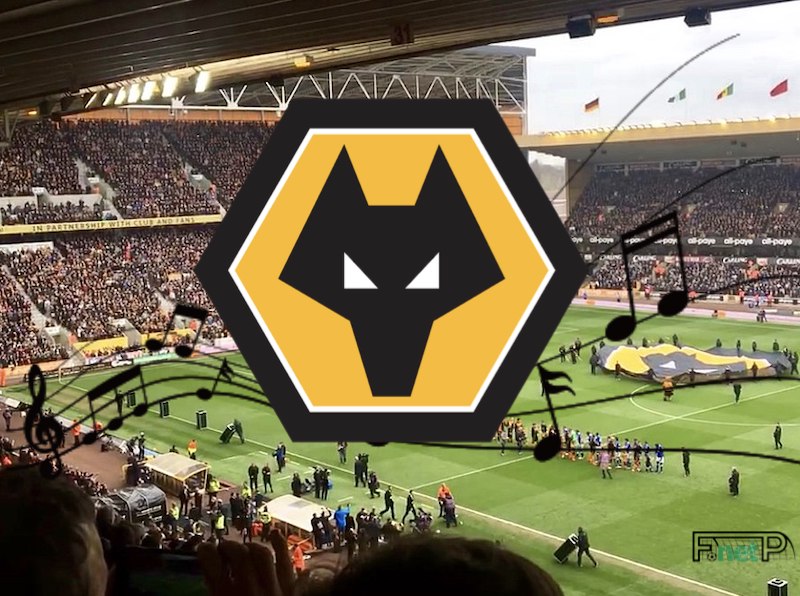 Wolverhampton Wanderers are currently basking in their greatest ever Premier League period. Fans have been singing the praises of Nuno Espirito Santo. His largely Portuguese contingent helped Wolves rise through the Championship with ease.  And they took to Premier League life like a duck to water.

The midlands club recorded back-to-back seventh-placed finishes in England’s top division; Their highest in the Premier League to date.

A key component to Wolves’ success has been their home form. Molineux has become a fortress thanks to a number of different factors, but perhaps mostly to their passionate fans. Perhaps they've also been inspired by a rousing song.

Prior to kick-off, the PA system encourages Wolves fans to sing along to tunes such as “The Happy Wanderer” and “Hi-Ho Silver Lining”.

Wolves fans have slightly altered the words to the latter with the terraces singing “Hi-Ho Wolverhampton”, with the syllables in each matching up.

Alongside this, the stars on the pitch have also been immortalised in song with clever chants for players. Songs about players such as Ruben Neves and Raul Jiminez have become regular features during Wolves’ home fixtures.

Throughout the club’s early success during the 1950s, the team would enter the field of play to ‘The Happy Wanderer’. The song was a chart hit in the United Kingdom in 1954, which was the year that saw Wolves lift the old Division One title.

The 1950s is to date the greatest period in the club’s history. As previously mentioned, Wolves lifted their first Division One title at the end of the 1953/54 season and went on to lift two more titles before the decade was out.

Captained by Billy Wright, Wolves pipped their arch-rivals West Bromwich Albion to the title in 1954 and went on to lift successive titles in 1958 and 1959.

As a result, the midlands club became one of the first English teams to participate in the European Cup (later renamed as the UEFA Champions League), where they would record a 5-4 aggregate victory against Real Madrid.

In recent years, the club has opted to play “Hi-Ho Silver Lining” alongside the modern feature of a ‘light-show’ before kick-off. The original song was a 1967 hit by Jeff Beck.

The song has an upbeat bassline and is played after the referee has blown the full-time whistle if Wolves have won at Molineux.

Much like many clubs in the UK during the 1960s, 70s, and 80s, Wolves sadly had their own hooligan firm. Dubbed the “Subway Army”, the group would allegedly ambush away supporters in the subway adjacent to the stadium.

The firm was gradually broken up due to a number of arrests, with a police operation proving successful to disband the group.

Songs for the stars including Jiminez, Neves, and Jonny Otto

When a team is successful on the field of play, those who stand out become endeared to the fans. Wolves qualified for Europe at the end of the 2018/19 Premier League season thanks to the performances of Raul Jiminez, Reuben Neves, and Jonny Otto.

As a result, the Wolverhampton Wanderers faithful began singing chants for their favourite players. One that perhaps stands out is the tune for the Mexico international to the melody of ‘Si Senor’ which has also been made famous by Liverpool fans.

The song originated from fans of South American clubs such as San Lorenzo and both Boca Juniors and River Plate.

Despite finishing seventh at the end of the 2019/20 Premier League season, Wolves, unfortunately, missed out on European football for a second consecutive season as Arsenal, who finished below them, won the FA Cup and qualified in their place.

Other songs that have been heard in the build-up to matches at Molineaux in the past include Aaron Copland's 'Fanfare for the Common Man' and 'The Liquidator' by Harry J All Stars.