Who Are Wolverhampton Wanderers’ Rivals? 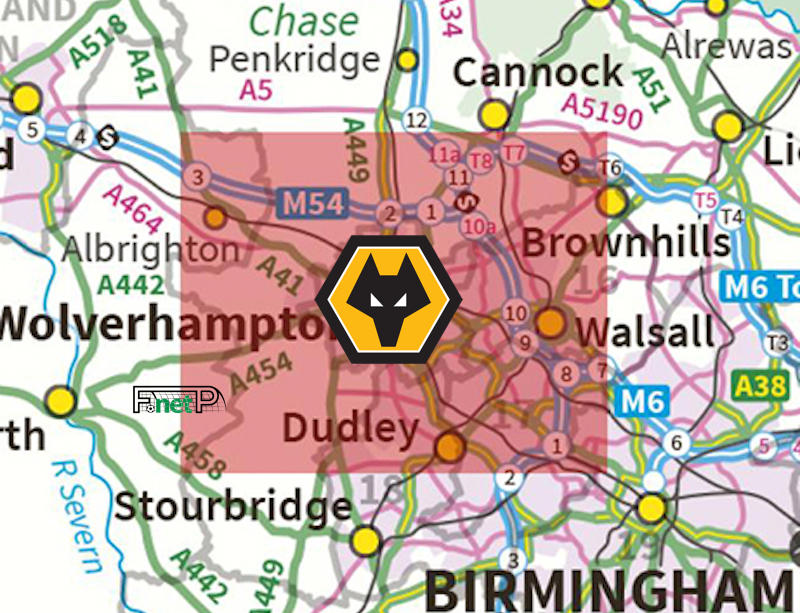 Following their promotion back to the Premier League in 2018, Wolves joined Leicester City as the two Midlands representatives in the top flight. Previously, the region had been dominated by the likes of Birmingham City and Aston Villa who had ruled over the region - with the latter even winning the European Cup in 1982.

Wolverhampton Wanderers’ main rivalry is with fellow Midlands side West Bromwich Albion - dubbed the ‘Black Country Derby’. The two resumed this rivalry in the 2020/21 Premier League, with the Baggies returning to the top flight after finishing Championship runners-up in 2019/20.

Leicester, winners of the 2015-16 Premier League, will face stiff competition from the Molineux side to be named as the Midlands' supreme side.

Both teams are fighting for European football at the top of the Premier League table in a bid to break the monopoly of England’s ‘Big Six’.

Leicester came out on top in the battle last season, securing Europa League football with a fifth-place finish, whilst Wolves missed out in seventh after Arsenal’s FA Cup triumph.

In 2020/21, Wolverhampton Wanderers and West Bromwich Albion started in the same league for the first time since the 2011-12 Premier League season.

That season, the Baggies managed to beat Wolves home and away. It included a humiliating 5-1 demolition at Wolves’ Molineux stadium - effectively condemning them to relegation to the Championship.

The sides will meet again this season after Wolves’ revival and West Brom’s promotion to the top flight meant the stars aligned for a return of one of England’s most historic and storied rivalries.

The sides are both founding members of the Football League and met in each of the first 13 seasons.

Wolves and Albion participated in a tight title battle in the 1953-54 season, with Wolves finishing four points clear of the Baggies to win the First Division. That was despite Albion leading the league for most of the season.

Wolves are currently behind in the head-to-head stakes, with West Brom claiming 64 wins in the 160 total meetings. Wolves have emerged victorious on 53 occasions, with 43 draws being played out by the two sides.

Less frequently, the sides play against Walsall in another form of the Black Country Derby. Interestingly, Wolves are actually geographically closer to Walsall than West Brom.

The last meeting between Wolves and Walsall was contested in 2014 when the Wanderers emerged 3-0 victors. Because the sides meet less frequently, the rivalry is thought to be less intense.

Other Midlands rivals include Birmingham and Aston Villa

Wolves matches against Aston Villa have never traditionally been grudge matches, despite the close proximity of the sides.

However, this has slightly changed in recent years with the two clubs meeting frequently in the Championship to contest promotion back to the Premier League.

Wolves were promoted as Champions in 2018, with Aston Villa returning in the following season via the play-offs.

Birmingham’s relationship with Wolverhampton Wanderers extends to little more than bragging rights when the two meet. The former are more likely to favour their rivalry with Aston Villa, another famous Midlands fixture dubbed the ‘Second City Derby’.

Stoke City are also considered historical rivals of Wolves - with the city of Wolverhampton historically sitting within the county lines of Staffordshire. This fixture is therefore dubbed the Staffordshire Derby.

Much like many clubs in the UK during the 1960s, 70s, and 80s, Wolves had their own hooligan firm. Dubbed the “Subway Army”, the group would allegedly ambush away supporters in the subway adjacent to the stadium.

The firm was gradually broken up due to a number of arrests, with a police operation proving successful to disband the group.

The violence saw an ugly return after a 2011 meeting between Wolves and West Brom, when scenes both within the stadium and on the streets of Wolverhampton prompted yet another police operation to find those responsible.