Bodo Glimt make the trip to Nadderud Stadion on Thursday for the Eliteserien tie with hosts Stabæk.

For all of our match predictions, pre-game poll and statistics for Stabæk v Bodo Glimt, scroll down (including the best match odds).

Stabæk head into this game following on from a 0-0 Eliteserien drawn match vs Start.

Over their past 6 games, Jan Jönsson's Stabæk have celebrated scoring 8 times, an average number of goals per match of 1.33.

Bodo Glimt will come into the meeting following a 3-1 Eliteserien win over Molde FK in their previous match.

In their previous six outings, Bodo Glimt have amassed the sum of 23 goals. Glimt have additionally got on the scoresheet in every single one of those games. In that time, their defenders have had 5 goals go into their own net. That kind of pattern isn’t assured to be carried forward into this match, however.

Taking a look at their past results, Bodo Glimt:

A review of their most recent head-to-head clashes stretching back to 03/04/2016 tells us that Stabæk have won 2 of these games & Bodo Glimt 1, with the number of drawn games standing at 3.

A sum of 15 goals were yielded between them in this period, with 8 of them from De Blaa and 7 created by Glimt. The average number of goals per game works out to 2.5.

The last league game between these clubs was Eliteserien match day 21 on 15/09/2019 when it finished Bodo Glimt 3-3 Stabæk.

With a completely injury-free squad available for selection, Bodo Glimt manager Kjetil Knutsen has no fitness concerns to speak of coming into this match.

We’ve got the feeling that Stabæk are likely to score a goal against this Bodo Glimt lineup, although just one goal probably won’t quite be enough.

Therefore, we think that it’s going to be a very close game with a 1-2 victory for Bodo Glimt after the 90. Should be a good one.

Both Teams to Score Prediction for Stabæk vs Bodo Glimt
Yes 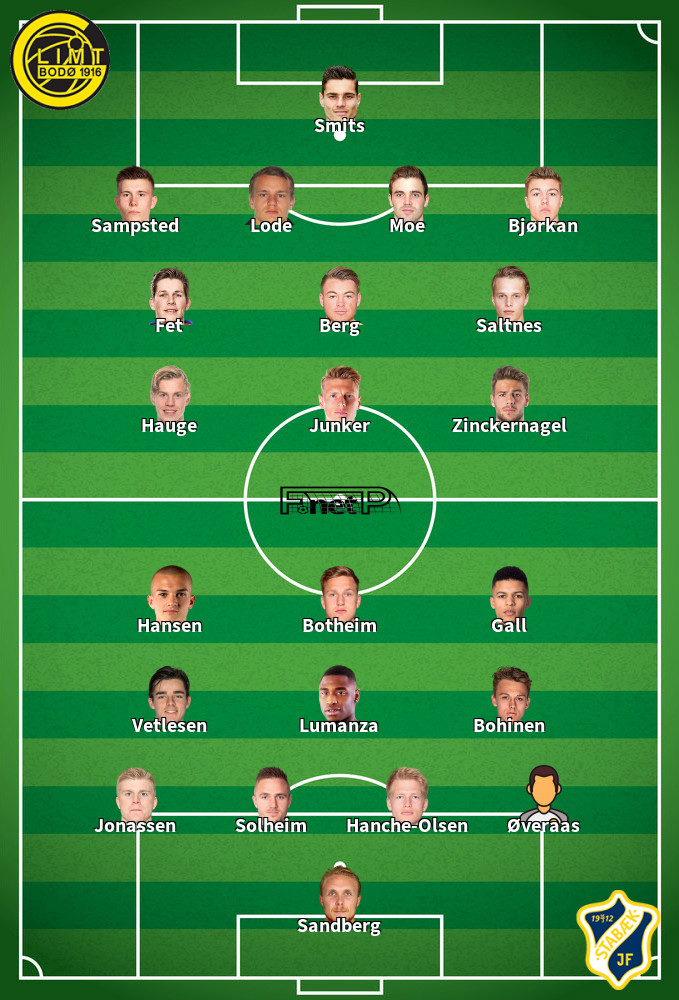 Usually played in the Striker position, Oliver Edvardsen was born in Norway. After having made a senior debut playing for Stabæk in the 2019 season, the accomplished Forward has accumulated 2 league goals in the Eliteserien 2020 campaign so far in a total of 9 appearances.

While we have made these predictions for Stabæk v Bodo Glimt for this match preview with the best of intentions, no profits are guaranteed. Always gamble responsibly, and with what you can afford to lose. We wish you the best of luck.