Bologna meet visiting team Fiorentina at Stadio Renato Dall'Ara in the Serie A game on Sunday.

Scroll down to see all of the predictions, poll and statistics for Bologna v Fiorentina (plus the best game odds).

Bologna will be hoping for a better result after the 5-0 Serie A defeat last time out to Atalanta.

It has not been often in recent games where Bologna haven’t conceded. The facts show that Rossoblu have failed to prevent opponents from scoring in 6 of their previous 6 games, shipping 11 goals on the way.

Analysis of their past results shows that Bologna:

In the game prior to this, Fiorentina drew 1-1 in the Serie A tie with Juventus.

Proving their bias toward eventful encounters, goals have been scored 21 times in the last six matches in which Fiorentina have taken to the pitch, yielding an average of 3.5 goals for each clash. Their opponents have got 12 of these goals. With no two games being the same, we will just have to wait and see if that pattern might be maintained here in this match.

Analysis of their past results shows that Fiorentina:

An examination of their past head-to-head clashes dating back to 04/02/2018 tells us that Bologna have won 0 of these & Fiorentina 2, with the number of drawn matches standing at 4.

A total of 9 goals were yielded between them during those clashes, with 2 of them from Rossoblu and 7 for La Viola. The average goals per game has been 1.5.

The previous league fixture between these sides was Serie A match day 15 on 03/01/2021 which finished with the scoreline of Fiorentina 0-0 Bologna.

In that match, Fiorentina had 46% possession and 9 shots on goal with 0 on target.

Bologna had 7 shots at goal with 3 of them on target.

The match was refereed by Daniele Orsato.

We’ve got the feeling that Fiorentina and Bologna could both well score here although it’s hard to see a clear-cut winner.

We’ll see, but this looks like it could end up all-square. We therefore think that it’s going to be a hard-fought 1-1 score draw at the end of this one. 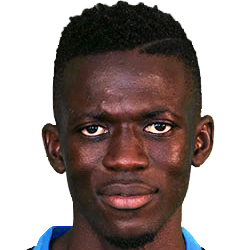 Typically used in the Striker position, Musa Barrow was born in Banjul, Gambia. After having made a senior debut playing for Atalanta in the 2017 - 2018 season, the talented Forward has managed 8 league goals in the Serie A 2020 - 2021 season so far from a total of 33 appearances.

We have made these Bologna v Fiorentina predictions for this match preview with the best intentions, but no profits are guaranteed. Please always gamble responsibly, only with money that you can afford to lose. Good luck!