Bologna journey to Stadio Luigi Ferraris on Saturday for the Serie A clash with home team Genoa.

Genoa will be hoping for a better result following a 2-1 Serie A loss in their previous game against Sassuolo.

In that match, Genoa managed 36% possession and 7 attempts at goal with 2 of them on target. The only player to score for Genoa was Eldor Shomurodov (64'). Sassuolo had 16 shots on goal with 3 on target. Jérémie Boga (52') and Giacomo Raspadori (83') scored for Sassuolo.

It has been seldom in recent times that Genoa have managed to hold out for a full 90 minutes. The reality is that Il Grifone have failed to prevent opponents from scoring in 6 of their previous 6 clashes, letting in 11 goals in the process. We shall soon find out if that trend will end up being continued on into this next match.

Their prior results show that Genoa:

In their last game, Bologna drew 2-2 in the Serie A match with Udinese.

The stats tell the story, and Bologna have been scored against in 5 of their last 6 matches, letting opponents get 12 goals in all. At the back, Rossoblu could really do with shoring things up.

A look at their previous results shows us that Bologna:

Looking at the statistics for their head to head meetings going back to 30/09/2017, there has been little between the sides with Genoa winning 2 of those games, Bologna 2 and 2 being drawn after 90 minutes of play.

An aggregate of 9 goals were yielded between them during those clashes, with 5 of them from Il Grifone and 4 netted by Rossoblu. That’s an average goals per game figure of 1.5.

The previous league game featuring these clubs was Serie A match day 24 on 15/02/2020 and the score finished Bologna 0-3 Genoa.

In that game, Bologna had 56% possession and 15 attempts on goal with 4 of them on target.

We’re of the opinion that Bologna and Genoa could well cancel each other out, with goals at a real premium.

Little in this one, and it’s almost too close to call. We’re therefore seeing a very close game with a 0-0 score when all is said and done. 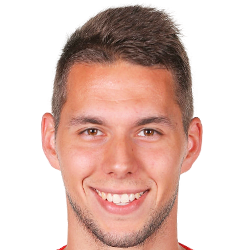 Normally taking to the field in the Left Wing position, Marko Pjaca was born in Zagreb, Croatia. Having made a first senior appearance for Lokomotiva Zagreb in the 2011 - 2012 season, the goalscoring Forward has scored a sum of 3 league goals in the Serie A 2020 - 2021 campaign to date in a total of 13 appearances.

We have made these Genoa v Bologna predictions for this match preview with the best intentions, but no profits are guaranteed. Please always gamble responsibly, only with money that you can afford to lose. Best of luck.