Bonnyrigg Rose will visit The Dumbarton Football Stadium on Saturday for the League Two showdown with hosts Dumbarton.

All Dumbarton v Bonnyrigg Rose game predictions, stats and user poll are shown below - plus the latest betting odds.

Dumbarton won’t want a repeat of their last result here after a 1-0 Scottish Cup loss in their previous game against Kilmarnock.

Stephen Farrell's Dumbarton have found the net a sum total of 7 times over their past six outings. The comparative number of goals that have been scored against them in those fixtures stands at 6.

Following on from suffering a loss in their previous game against Annan Athletic in League Two action, Bonnyrigg Rose and their travelling supporters will be hoping that they can get a better result in this one.

Going into this contest, Bonnyrigg Rose haven’t won away from home in the past 9 matches in the league. A poor run.

The previous league meeting featuring these clubs was League Two match day 16 on 03/12/2022 when it ended Bonnyrigg Rose 1-1 Dumbarton.

The referee was Calum Scott.

The Dumbarton manager Stephen Farrell has zero fitness worries to speak of before this game with a completely healthy squad available to choose from.

Owing to a fully healthy group available to choose from, the Bonnyrigg Rose boss Robbie Horn has no fitness worries to report coming into this match.

We’re thinking that Dumbarton have it within them to see a lot of the ball and convert quite a few goal-scoring opportunities.

However, Bonnyrigg Rose could well struggle to score themselves although we do see them converting at least once here, too.

We therefore think that it’s going to be a pretty comfortable 3-1 margin for Dumbarton by the time that the referee blows the final whistle. 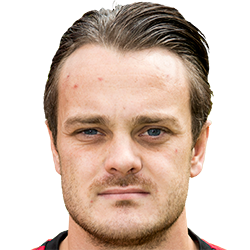 Generally played in the Left Wing position, Ally Love was born in Irvine, Scotland. After having played his first senior match for St Mirren in the 2010 - 2011 season, the gifted Forward has scored a sum of 4 league goals in the League Two 2022 - 2023 season to date from a total of 16 appearances.

While we have made these predictions for Dumbarton v Bonnyrigg Rose for this match preview with the best of intentions, no profits are guaranteed. Always gamble responsibly, and with what you can afford to lose. Best of luck with your selections.