Nottingham Forest will visit Vitality Stadium on Saturday for the Premier League game with hosts Bournemouth.

Our predictions, user poll and statistics for Bournemouth v Nottingham Forest can be found here including the latest game odds.

Bournemouth will be hoping to bounce back here after the 2-0 Premier League losing effort in their last game against Brentford.

In that game, Bournemouth had 50% possession and 7 attempts on goal with 2 on target. Brentford got 12 shots at goal with 4 of them on target. Ivan Toney (39') and Mathias Jensen (75') scored for Brentford.

Bournemouth haven’t exactly had impressive attacking statistics in more recent games. Their goals record equals just 2 versus opponents over their last 6 fixtures. In those games, Bournemouth have also seen the tally of goals scored against them total 14. We will just have to see if that trend will be continued on in this game.

Going into this contest, Bournemouth have not lost a league tie with Nottingham Forest in their previous 5 matches.

Nottingham Forest come into this encounter following a 2-0 Premier League win in the defeat of Leicester City in their last match.

Steve Cooper's Nottingham Forest have found the back of the net 6 times throughout their most recent sextet of matches. The total of goals that have been scored against them during that period comes to 9.

Going into this encounter, Nottingham Forest have not beaten Bournemouth when they've played them away from home in the last 2 matches in the league.

Looking over their prior head to head clashes going back to 25/02/2015 shows us that Bournemouth have won 4 of these & Nottingham Forest 1, with the number of draws being 1.

14 goals were scored between them during those clashes, with 9 of them from The Cherries and 5 belonging to The Reds. The average goals per game has been 2.33.

Neto (Fitness) and David Brooks (Fitness) will not be able to play for Bournemouth manager Gary O'Neil.

We’re inclined to think that Nottingham Forest and Bournemouth may well both score, with little between these two teams.

Let’s see how it plays out, but a draw is looking likely to us. We’re therefore predicting a tight encounter with a 1-1 score draw after 90 minutes. 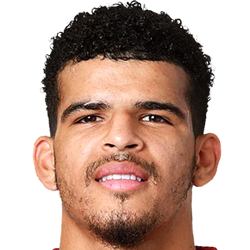 Mostly deployed in the Striker position, Dominic Solanke was born in Basingstoke, England. Having played his first senior match for Vitesse in the 2015 - 2016 season, the skilful Forward has managed 3 league goals in this Premier League 2022 - 2023 campaign to date in a total of 16 appearances.

We have made these Bournemouth v Nottingham Forest predictions for this match preview with the best intentions, but no profits are guaranteed. Please always gamble responsibly, only with money that you can afford to lose. Best of luck.