The League Two match at University of Bradford Stadium on Saturday will see home side Bradford City taking on opponents Carlisle United.

Our tips, poll and stats for Bradford City v Carlisle United can all be found here (including the best match odds).

Bradford City head into this fixture coming off the back of a 0-0 League Two drawn match versus AFC Wimbledon.

Over their last 6 fixtures, Mark Hughes's Bradford City have found the net a combined total of 5 times - an average number of goals per match of 0.83.

Carlisle United will go into this match following a 2-0 League Two win over Newport County in their previous match.

For Carlisle United, the scorers were Kristian Dennis (45') and John-Kymani Gordon (57').

In their previous 6 outings, Carlisle United have helped themselves to a tally of 9 goals. Carlisle United have also managed to score on each one of those occasions. In that time, they’ve seen 5 goals go into their own net. We will find out whether or not that trend will be sustained in this game.

A review of their prior head-to-head clashes stretching back to 26/12/2019 shows us that Bradford City have won 1 of them & Carlisle United 4, with the number of drawn results standing at 1.

An aggregate of 10 goals were produced between them in these games, with 3 of them from The Bantams and 7 netted by The Cumbrians. That is an average goals per game value of 1.67.

The last league game featuring the two was League Two match day 23 on 26/12/2022 when it finished Carlisle United 1-0 Bradford City.

The match was refereed by Adam Herczeg.

There’s just the lone fitness concern for the Bradford City manager Mark Hughes to be concerned with from an otherwise complete group of players. Jamie Walker (Knee Injury) is out of contention.

Due to a completely healthy squad to choose from, the Carlisle United manager Paul Simpson doesn’t have any fitness concerns at all coming into this game.

Carlisle United might well have a job on their hands to find the net against this Bradford City side who we think should manage to score & go ahead.

With that in mind, we reckon that it will be a good battle with a 1-0 victory for Bradford City when the referee blows for full-time. 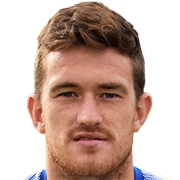 Customarily played in the Striker position, Andy Cook was born in England. Having made a first senior appearance for Barrow in the 2009 - 2010 season, the talented Forward has bagged 13 league goals in this League Two 2022 - 2023 campaign to date in a total of 25 appearances.

We have made these Bradford City v Carlisle United predictions for this match preview with the best intentions, but no profits are guaranteed. Please always gamble responsibly, only with money that you can afford to lose. Best of luck.