Scroll down to see all of the predictions, poll and statistics for Bristol City v Brentford - as well as up-to-date odds.

Bristol City won’t want a repeat of their last result here after a 4-1 Championship defeat last time out to Millwall.

It’s been seldom in recent times where Bristol City have kept a clean sheet. The reality is that The Robins have failed to prevent opponents from scoring in 5 of their previous 6 matches, shipping 13 goals in the process. Putting that to one side, it remains to be seen whether that pattern will persist here in this match.

Brentford come into this match after a 2-0 Championship win in the defeat of Watford in their most recent fixture.

In that match, Brentford managed 49% possession and 13 attempts on goal with 3 on target. For Brentford, goals were scored by Marcus Forss (46') and Ivan Toney (60'). At the other end, Watford had 7 attempts at goal with 4 on target.

For 5 of the previous 6 games featuring Brentford, a notably low volume of goals have been scored between them and their opposition. The overall average number of goals per game within that period comes to a paltry 1.83, with the average goals for The Bees standing at 1.67.

An examination of their most recent head-to-head meetings going back to 02/04/2018 shows us that Bristol City have won 1 of them and Brentford 3, with the tally of drawn games being 2.

A total of 15 goals were scored between them during those clashes, with 5 of them for The Robins and 10 created by The Bees. The average number of goals per game works out to 2.5.

The previous league meeting between these sides was Championship match day 23 on 03/02/2021 and the score finished Brentford 3-2 Bristol City.

It’s a low absenteeism rate, with just the sole fitness concern for the Bristol City gaffer Nigel Pearson to be concerned about from of an almost fully healthy squad. Andreas Weimann (Cruciate Ligament Rupture) won’t play. Rene Gilmartin will not be able to play in this game through being suspended.

With a completely injury-free group to choose from, Brentford manager Thomas Frank doesn’t have any fitness concerns whatsoever coming into this clash.

We believe that Bristol City could find themselves up against it to find the net against this Brentford lineup who we reckon should score at least once to put them ahead.

Therefore, we predict a very competitive encounter with a 0-1 advantage for Brentford at the end of the match. 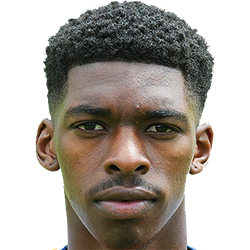 Mostly taking up the Centre Midfield position, Tyreeq Bakinson was born in Camden, England. Having made a first senior appearance for Luton Town in the 2015 - 2016 season, the talented Midfielder has scored a sum of 4 league goals in the Championship 2020 - 2021 season so far coming from a total of 33 appearances.

While we have made these predictions for Bristol City v Brentford for this match preview with the best of intentions, no profits are guaranteed. Always gamble responsibly, and with what you can afford to lose. Best of luck.