The Cádiz v Levante live stream video is ready to be broadcast on 16/01/2021. Soccer fans can watch this match on a live streaming service should the game be featured in the schedule referenced above. Here we give useful info for watching this La Liga game including the most recent guide to form, head to head meetings and our game tips.

In order to view this match using alternative sources, check broadcasters’ listings relating to your country. Such broadcasting deals are usually distributed on a per-competition/league or even individual fixture basis. For games shown live on regional television programmes, check the schedules on stations like BT Sport, Amazon Prime Video, Sky Sports, Now TV, iTV, Canal+, Fox Soccer, ESPN depending on your current location.

Where the abovementioned broadcaster is showing Cádiz v Levante soccer live streaming coverage, you can view it on a mobile (iPhone, Android including Infinix) and desktop as well as tablet (eg iPad, Huawei MediaPad).

After the match finishes, we might also link to the match highlights from time to time. We are not responsible for transmitting any game video content linked to from this site. All legal issues must be done by contacting the hosters/owners of said content.

Cádiz will be wanting a better result here after a 2-0 Copa del Rey defeat last time out to Girona FC.

Cádiz have found it difficult to unlock defences of late. Their ‘goals for’ figure equals just 4 versus opposition teams over their previous six matches. In those games, Submarino amarillo have also seen the number of goals against them total 5. That sort of pattern won’t necessarily be carried forward into this next game, though.

In their last game, Levante drew 1-1 in the Copa del Rey match with Fuenlabrada.

In that game, Levante managed 69% possession and 10 attempts on goal with 2 on target. At the other end, Fuenlabrada got 13 attempts at goal with 3 on target. Antonio Cristian (19' Own goal) and Garcés (68') scored for Fuenlabrada. Levante ran out winners after a 4-2 penalty shootout.

The stats don’t lie, and Levante have been scored against in 6 of their last 6 games, conceding 9 goals in all. Defensively, Levante can certainly do much better.

Coming into this meeting, Levante haven’t won away from home in the past 7 league games.

Checking on their most recent head to head clashes dating back to 04/01/2004 shows that Cádiz have won 0 of these games & Levante 3, with the tally of draws being 3.

A combined sum of 16 goals were scored between the two sides during those clashes, with 5 for Submarino amarillo and 11 for Levante. That’s an average goals per game of 2.67.

The last league fixture featuring the two was La Liga 2 match day 35 on 22/04/2017 which finished with the scoreline of Cádiz 1-1 Levante.

Cádiz boss Álvaro Cervera will be happy not to have any fitness concerns to speak of coming into this clash thanks to a completely healthy squad available to select from.

In our opinion, Levante and Cádiz could both end up scoring in what appears to be a good match-up, with little separating these two teams.

A draw is a real possibility, as we are expecting there to be little between them. That is why we are leaning toward a hard-fought 1-1 draw at the end of this game. 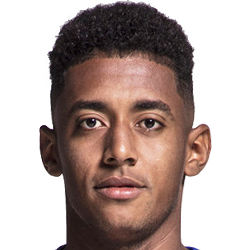 Generally taking up the Striker position, Antony Lozano was born in Yoro, Honduras. After making a first senior appearance for Olimpia in the 2009 - 2010 season, the gifted Forward has managed 3 league goals in this LaLiga 2020 - 2021 campaign to date in a total of 14 appearances.

While we have made these predictions for Cádiz v Levante for this match preview with the best of intentions, no profits are guaranteed. Always gamble responsibly, and with what you can afford to lose. Best of luck with your selections.

⚽️ Where can I find the predictions for other La Liga matches?

Look at all of our upcoming (and previous) La Liga predictions & previews here.