Cádiz visit The Estadio Ramón Sánchez-Pizjuán on Saturday for the La Liga clash with hosts Sevilla.

Scroll down to see all of the predictions, poll and statistics for Sevilla v Cádiz - along with the latest match odds.

Sevilla, following on from their previous result, will be hoping for more of the same after a 0-1 Copa del Rey success vs Alaves.

Their most recent results shine a light on the fact that things are going according to plan in the Sevilla rearguard. Sevilla have given the opposition little, with the total number of goals that have gone past their goalkeeper during their last 6 clashes standing at 4. Putting that to one side, time will tell whether that trend shall persist in this upcoming match.

Throughout their 6 latest matches, Sergio González's Cádiz have slotted home a total of 6 times therefore giving them the goals per game average of 1.

An examination of their past head to head meetings going back to 03/01/2018 reveals that these fixtures have not been happy ones for Cádiz. They have not been able to come away with any wins whatsoever whereas Sevilla have simply been better than them, beating them in 83 per cent of those ties.

In all, 15 goals were yielded between them during those clashes, with 12 from Sevillistas and 3 belonging to Submarino amarillo. That’s an average goals per game figure of 2.5.

The last league meeting featuring these sides was La Liga match day 34 on 29/04/2022 which ended up with the score at Sevilla 1-1 Cádiz.

In that game, Sevilla managed 57% possession and 11 attempts on goal with 6 of them on target. Their only player to score was Youssef En-Nesyri (7').

From a largely healthy group of players, there is only the lone fitness worry for the Cádiz manager Sergio González to contend with. Jon Ander Garrido (Patella problems) misses out for this game.

We feel that in this game, Cádiz are certainly able to score against this Sevilla outfit, but it possibly won’t be as many as they will have scored against them.

We are anticipating a narrow 2-1 winning score for Sevilla at full-time. Should be a good one. 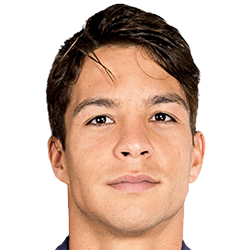 Usually used in the Centre Midfield position, Óliver Torres was born in Navalmoral de la Mata, Spain. After having played his first senior match for Atlético Madrid in the 2012 - 2013 season, the accomplished Midfielder has netted 3 league goals in the LaLiga 2022 - 2023 campaign so far in 15 appearances.

We have made these Sevilla v Cádiz predictions for this match preview with the best intentions, but no profits are guaranteed. Please always gamble responsibly, only with money that you can afford to lose.