Cardiff City will take to the pitch with visiting team Millwall at Cardiff City Stadium in the Championship game on Saturday.

To see all of our predictions, user poll & stats for Cardiff City v Millwall, scroll down - as well as the best betting odds.

Cardiff City won’t want a repeat of their last result here after the 5-2 FA Cup defeat in their last game at the hands of Leeds United.

Over their past 6 games, Mark Hudson's Cardiff City have hit the target a total of 5 times, an average number of goals per match equal to 0.83.

After a loss in their previous game against Middlesbrough in Championship action, Millwall and their fans will hope to get a better result this time.

In 5 of the past six clashes involving Millwall, a comparatively low number of goals have been hit between them and their opponents. The overall average goals scored per game during that spell works out to just 1.67, with the average goals for The Lions being 1. With no two games being the same, we will just have to wait and see if such a trend will be replicated in this upcoming game or not.

Coming into this contest, Millwall haven't beaten Cardiff City when they have played them away from home in the previous 9 league games. Not an away record to be proud of.

Looking at their most recent head-to-head clashes dating back to 26/12/2019 shows us that Cardiff City have won 1 of these & Millwall 2, with the number of drawn matches being 3.

An aggregate of 15 goals were yielded between them during those clashes, with 7 from The Bluebirds and 8 coming from The Lions. This gives an average number of goals per game equal to 2.5.

The last league game featuring the two was Championship match day 8 on 03/09/2022 and the score finished Millwall 2-0 Cardiff City.

On that day, Millwall managed 44% possession and 16 shots at goal with 7 on target. Goals were scored by Charlie Cresswell (63') and Benik Afobe (90').

Cardiff City got 12 attempts on goal with 2 of them on target.

There aren’t many selection issues, with just the lone fitness concern for the Cardiff City boss Dean Whitehead to contend with due to a largely intact group of players. Jamilu Collins (Cruciate Ligament Injury) is out of contention.

Thanks to a fully injury-free squad ready to go, the Millwall boss Gary Rowett has zero fitness concerns to speak of ahead of this clash.

We’re thinking that Millwall and Cardiff City should play out a closely-fought contest here.

It could well end in a draw. With that in mind, we reckon that it will be a very even match with a 1-1 score draw when all is said and done. 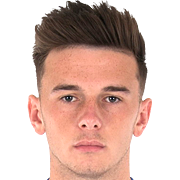 Typically deployed in the Striker position, Mark Harris was born in Wales. After having made a senior debut playing for Cardiff City in the 2016 - 2017 season, the dangerous Forward has managed to score 3 league goals in this Championship 2022 - 2023 season to date from a total of 27 appearances.

While we have made these predictions for Cardiff City v Millwall for this match preview with the best of intentions, no profits are guaranteed. Always gamble responsibly, and with what you can afford to lose. Good luck with your selections.