Return to this page a few days before the scheduled game when this expired prediction will be updated with our full preview and tips for the next match between these teams.
Cashpoint SCR Altach meet visiting opponents SV Mattersburg at Cashpoint Arena in the Bundesliga meeting on Tuesday. All Cashpoint SCR Altach v SV Mattersburg match predictions, user poll and stats are shown below including the latest game odds.

Fewer than three goals per game were scored during 6 of the past 6 fixtures where Cashpoint SCR Altach have been involved. With regard to the goal split in that period, their opponents scored an aggregate of 4 and Altach got themselves 8. Let’s see whether or not that trend will end up being continued on in this game.

SV Mattersburg will come into the game following on from a 2-0 Bundesliga win with the downing of SKN St. Pölten in their most recent fixture. For SV Mattersburg, the goals were scored by Andreas Gruber (44') and Martin Pušić (87').

Over the course of 5 of the prior six clashes featuring SV Mattersburg, a relatively low number of goals have been scored between them and their opposition. The overall average goals scored per game in that spell comes out as just 2.33, with the average goals for Mattersburg being 1.17.

Heading into this fixture, SV Mattersburg have not won away from home in their last 2 league matches.

If we look at their past head to head duels dating back to 27/10/2018, there is nothing to separate the two clubs with Cashpoint SCR Altach winning 1 of those games, SV Mattersburg 1 and 4 being drawn after 90 minutes of play.

9 goals were scored between the two sides throughout the course of those matches, with 4 from Altach and 5 for Mattersburg. That’s an average goals per game figure of 1.5.

The last league contest between these sides was Bundesliga match day 23 on 02/06/2020 which ended up with the score at SV Mattersburg 1-1 Cashpoint SCR Altach. The referee was Josef Spurny.

Cashpoint SCR Altach boss Alex Pastoor does not have any fitness concerns to speak of coming into this clash owing to a completely injury-free group available to choose from.

Owing to a completely healthy group available for selection, SV Mattersburg boss Franz Ponweiser doesn’t have any fitness worries to speak of before this match.

It looks to us that Cashpoint SCR Altach are likely to dominate on the ball and be rewarded with decent chances. In contrast, SV Mattersburg are also probably going to find it difficult to get a goal of their own but we do think it’s quite likely that they will be converting at least once here, too. We reckon that it will be a fairly comfortable 3-1 winning score for Cashpoint SCR Altach at the end of the match. 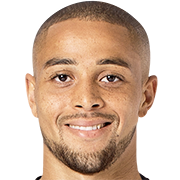 Normally taking to the field in the Right Wing position, Sidney Sam was born in Kiel, Germany. Having made his senior debut playing for Hamburger SV in the 2007 - 2008 season, the dangerous Forward has struck 6 league goals in this Bundesliga 2019 - 2020 campaign so far coming from a total of 16 appearances.

While we have made these predictions for Cashpoint SCR Altach v SV Mattersburg for this match preview with the best of intentions, no profits are guaranteed. Always gamble responsibly, and with what you can afford to lose. Best of luck with your selections.