Hearts will be the visitors at Celtic Park on Saturday for the Premiership showdown with home side Celtic.

Scroll down to see all of the predictions, poll and statistics for Celtic v Hearts including the latest game odds.

Celtic head into this fixture following a 1-1 Premiership drawn game versus Rangers.

Fixtures featuring Celtic have usually been engaging affairs lately with a lot of goalmouth action the rule rather than the exception. Over their past six games alone, a total of 21 goals have been recorded for both sides combined (at an average of 3.5 goals per game) with 17 of those being chalked up by Celtic. However, we’ll just have to find out if such a trend shall be sustained in this match.

Taking a look at their past results, Celtic:

In their previous fixture, Hearts drew 0-0 in the Premiership tie with Ross County.

In that match, Hearts managed 62% possession and 17 shots on goal with 3 of them on target. At the other end, Ross County had 6 attempts at goal with 3 on target.

Throughout their six latest matches, Robbie Neilson's Hearts have found the net a total of 11 times - yielding them the goals per game average of 1.83.

Analysis of their past results shows that Hearts:

Checking on their most recent head-to-head clashes dating back to 12/02/2020 shows us that Celtic have won 4 of these and Hearts 1, with the tally of draws being 1.

The Celtic manager Ange Postecoglou has no fitness concerns at all coming into this match thanks to a fully injury-free squad ready to go.

We feel that Hearts are dangerous enough to find the net against this Celtic outfit, although that probably won’t quite be enough to avoid defeat.

We’re expecting a very close game with a 2-1 win for Celtic at the end of this one. Looking forward to this. 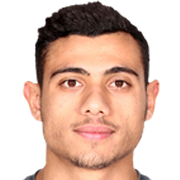 Customarily deployed in the Striker position, Giorgos Giakoumakis was born in Heraklion, Greece. After having played his first senior match for in the 2012 - 2013 season, the goalscoring Forward has managed to score 9 league goals in this Premiership 2021 - 2022 season to date from a total of 18 appearances.

We have made these Celtic v Hearts predictions for this match preview with the best intentions, but no profits are guaranteed. Please always gamble responsibly, only with money that you can afford to lose. Good luck if you do place a bet today.