Port Vale will be facing away side Charlton Athletic at Vale Park in the League One match on Saturday.

View all Port Vale v Charlton Athletic tips, stats and our pre-match poll below - as well as up-to-date odds.

Port Vale will be looking to improve on their last outing here following a 4-0 League One loss in their previous game against Oxford United.

Darrell Clarke's Port Vale have celebrated scoring a sum total of 8 times in their last 6 outings. Conversely, the tally of goals that have been scored against them in those same fixtures is 9.

Heading into this contest, Port Vale have not beaten Charlton Athletic in their previous 6 league games.

In the game prior to this, Charlton Athletic drew 3-3 in the League One tie with Burton Albion.

An examination of their prior head to head meetings stretching back to 13/12/1997 shows that Port Vale have won 0 of these games and Charlton Athletic 3, with the tally of drawn games being 3.

A combined sum of 14 goals were scored between them during those clashes, with 5 for The Valiants and 9 being from The Addicks. This gives an average number of goals per game equal to 2.33.

The previous league meeting featuring the two was League One match day 18 on 19/11/2016 which ended up with the score at Charlton Athletic 2-0 Port Vale.

The match was refereed by Richard Clark.

The Port Vale manager Darrell Clarke doesn’t have any fitness concerns whatsoever ahead of this clash thanks to a fully injury-free group ready to go.

In our opinion, Charlton Athletic may not find it easy to put one past this Port Vale side who we think will likely end up scoring and possibly keep a clean sheet as well.

That’s why we have predicted a very competitive game with a 1-0 victory for Port Vale at the end of the 90. 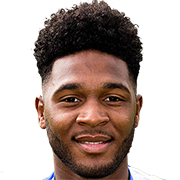 Normally deployed in the Striker position, Ellis Harrison was born in Newport, Wales. Having made a first senior appearance for Bristol Rovers in the 2010 - 2011 season, the gifted Forward has scored a sum of 7 league goals in this League One 2022 - 2023 campaign so far in a total of 17 appearances.

While we have made these predictions for Port Vale v Charlton Athletic for this match preview with the best of intentions, no profits are guaranteed. Always gamble responsibly, and with what you can afford to lose. We wish you the best of luck.