Plymouth Argyle host visiting side Cheltenham Town at Home Park in this League One fixture on Saturday.

View all of the Plymouth Argyle v Cheltenham Town predictions, poll and stats below - as well as up-to-date odds.

Plymouth Argyle enter this match coming off the back of a 1-1 League One stalemate against Ipswich Town.

The only name on the scoresheet from Plymouth Argyle was Bali Mumba (93'). Wes Burns (63') scored for Ipswich Town.

Fewer than three goals per match were recorded in 5 of the last 6 meetings where Plymouth Argyle have been participants. With regard to the goal split in this period, opposing sides scored an aggregate of 2 and Plymouth Argyle managed a tally of 8.

Their past results show that Plymouth Argyle:

Since a losing effort in their last game against Derby County in League One competition, Cheltenham Town and their travelling supporters will be hoping that they can get a better result in this one.

Coming into this contest, Cheltenham Town haven’t won away from home in the past 2 matches in the league.

An examination of their most recent head-to-head meetings stretching back to 21/09/2019 tells us that Plymouth Argyle have won 4 of these & Cheltenham Town 2, with the number of drawn games standing at 0.

10 goals were scored between the two sides in this period, with 6 for The Pilgrims and 4 being from The Robins. The average goals per game has been 1.67.

The previous league clash between these clubs was League One match day 23 on 26/12/2022 when the final score was Cheltenham Town 0-1 Plymouth Argyle.

The match was refereed by Tom Nield.

The Plymouth Argyle manager Steven Schumacher will be grateful to have no fitness concerns whatsoever before this match with a completely injury-free group available to select from.

With a fully healthy group to choose from, the Cheltenham Town manager Wade Elliott doesn’t have any fitness worries at all coming into this match.

We’re of the opinion that Plymouth Argyle can and should be able to create a high number of chances and successful shots on target.

At the other end, Cheltenham Town will be up against it to get a goal of their own but we do think that it’s more than likely that they will be managing to get on the scoresheet, too.

We reckon that it will be a controlled 3-1 margin for Plymouth Argyle at the conclusion of the game. 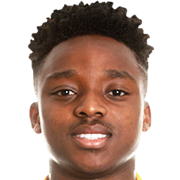 Mostly taking to the field in the Striker position, Niall Ennis was born in Wolverhampton, England. After having made a senior debut playing for Shrewsbury Town in the 2017 - 2018 season, the talented Forward has scored a sum of 8 league goals in this League One 2022 - 2023 campaign to date coming from a total of 25 appearances.

While we have made these predictions for Plymouth Argyle v Cheltenham Town for this match preview with the best of intentions, no profits are guaranteed. Always gamble responsibly, and with what you can afford to lose. Good luck with your selections.