The First Division A match at Hel Van Stayen on Thursday will see home side Sint-Truidense VV go up against Club Brugge.

All of our predictions, stats and the user poll for Sint-Truidense VV v Club Brugge are shown below (including the best match odds).

Sint-Truidense VV, who won their previous game, will hope for a similar result following the 0-2 First Division A triumph vs Eupen.

Fewer than three goals per game were scored during 5 of the last 6 meetings where Sint-Truidense VV have been involved. Breaking down the goal weighting from that period, opposition teams scored an aggregate of 5 and Sint-Truidense VV managed a tally of 9. It will be interesting to see if that trend will end up being continued on into this next match.

Coming into this meeting, Sint-Truidense VV have not registered a win against Club Brugge in their last 14 league games. They'll surely be desperate to put an end to that run.

In their previous fixture, Club Brugge drew 1-1 in the First Division A tie with RSC Anderlecht.

Club Brugge have been good when going forward in the lead-up to this encounter, scoring 8 times in their previous 6 matches. While their manager Scott Parker will no doubt take that as a positive sign, Club Brugge have been somewhat leaky at the back, having also been scored against in 5 of those same outings.

A glance at their prior head to head clashes dating back to 05/12/2020 shows us that Sint-Truidense VV have won 1 of these games and Club Brugge 5, with the tally of drawn results standing at 0.

In all, 17 goals were produced between them in this period, with 6 of them from De Kanaries and 11 belonging to Blauw-Zwart. This gives an average number of goals per game equal to 2.83.

Thanks to a largely full-strength squad, there’s only a single fitness issue for the Club Brugge boss Scott Parker to be concerned about. Andreas Skov Olsen (Hip Injury) won’t be in action.

We feel that Sint-Truidense VV will do well to break down this Club Brugge outfit who we reckon should end up scoring and staying ahead.

We therefore fancy a hard-fought contest, finishing with a 0-1 advantage for Club Brugge when the referee blows for full-time. 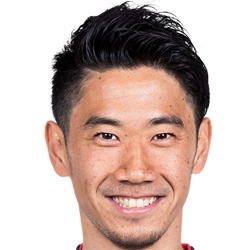 Typically used in the Central Attacking Midfielder position, Shinji Kagawa was born in Kobe, Japan. After having made a senior debut playing for Cerezo Osaka in the 2007 season, the skilful Midfielder has scored 2 league goals in this Pro League 2022 - 2023 campaign to date coming from a total of 12 appearances.

We have made these Sint-Truidense VV v Club Brugge predictions for this match preview with the best intentions, but no profits are guaranteed. Please always gamble responsibly, only with money that you can afford to lose. Good luck!