Empoli journey to Stadio Giovanni Zini on Friday for the Serie B tie with hosts Cremonese.

Our predictions, user poll and statistics for Cremonese v Empoli can be found here (plus the best game odds).

Cremonese go into this match coming off the back of a 0-0 Serie B drawn game versus Ascoli.

In that match, Cremonese managed 45% possession and 12 shots on goal with 5 on target. On the other side, Ascoli got 13 shots at goal with 2 on target.

Their more recent scorelines shine a light on the fact that quality has been evident in the Cremonese backline. Grigiorossi have been mean at the back, with the tally of goals that have flown into the back of their net over the course of their past 6 clashes standing at 4. Nonetheless, we must now wait to see if that pattern shall continue on in this match.

Empoli go into this clash following a 1-0 Serie B win against Entella in their last match.

In that game, Empoli had 52% possession and 26 attempts at goal with 8 on target. The only player on the scoresheet for Empoli was Nicolò Casale (37'). Entella had 5 shots on goal with 1 of them on target.

In their previous six outings, Empoli have bagged the sum of 9 goals. Azzurri have also scored in every single one of those games. During that period, their defenders have had 2 goals go into their own net.

Ahead of this meeting, Empoli are unbeaten in their previous 12 away league matches. What an impressive run of results.

A review of their most recent head to head clashes going back to 16/12/2017 shows that Cremonese have won 1 of these and Empoli 2, with the number of drawn games being 3.

A combined sum of 13 goals were scored between the two sides in these games, with 6 of them from Grigiorossi and 7 coming from Azzurri. The average goals per game has been 2.17.

The previous league clash between these clubs was Serie B match day 12 on 15/12/2020 which finished with the scoreline of Empoli 1-0 Cremonese.

Cremonese had 17 attempts on goal with 3 of them on target.

Empoli manager Alessio Dionisi has to currently contend with reduced team options. Samuele Ricci (Unknown Injury) and Filippo Bandinelli (Bruised Knee) are names that won’t be on the team sheet.

In our view, Cremonese might have a difficult job to hit the back of the net against this Empoli lineup who should manage to get a goal of their own in a winning performance.

That’s why we have predicted a very even contest with a 0-1 winning margin for Empoli at the end of the match. 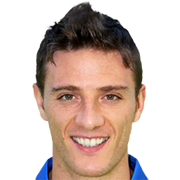 Generally playing in the Striker position, Daniel Ciofani was born in Avezzano , Italy. After having made a senior debut playing for Pescara in the 2004 - 2005 season, the skilful Forward has contributed 9 league goals in the Serie B 2020 - 2021 campaign to date coming from a total of 30 appearances.

While we have made these predictions for Cremonese v Empoli for this match preview with the best of intentions, no profits are guaranteed. Always gamble responsibly, and with what you can afford to lose. We wish you the best of luck.