All Crewe Alexandra v Stockport County match predictions, user poll and stats are shown below (including the best match odds).

Crewe Alexandra will play in this fixture after a 1-1 League Two drawn game vs Mansfield Town.

The only scorer from Crewe Alexandra was Kelvin Mellor (55'). George Maris (42') was the scorer for Mansfield Town.

Heading into this fixture, Crewe Alexandra are unbeaten in their previous 2 league matches at home.

Following on from suffering a loss in their previous game against AFC Wimbledon in League Two action, Stockport County and their travelling supporters will be hoping that they can get a better result in this one.

Over the course of 5 of the past six clashes involving Stockport County, a comparatively low number of goals have been scored between them and their opponents. The overall average number of goals per game in that period comes out as a mere 1.5, with the number of goals averaged by The Hatters standing at 0.83. We will have to see if that trend can be continued on here.

Ahead of this clash, Stockport County are without a win away from home in their last 2 matches in the league.

A review of their past head to head clashes dating back to 29/03/2003 shows that Crewe Alexandra have won 2 of them & Stockport County 3, with the tally of draws standing at 1.

A sum of 21 goals were shared by the two clubs throughout the course of those matches, with 9 of them for The Railwaymen and 12 netted by The Hatters. The average number of goals per game works out to 3.5.

The last league fixture featuring these sides was League Two match day 23 on 26/12/2022 when it ended Stockport County 2-0 Crewe Alexandra.

The Crewe Alexandra boss Lee Bell has zero fitness concerns to speak of coming into this clash thanks to a completely injury-free squad available for selection.

Thanks to a completely healthy squad available for selection, the Stockport County boss Dave Challinor has no fitness concerns to speak of before this clash.

We’re thinking that Crewe Alexandra will likely create enough chances to find the net against this Stockport County outfit, although just one goal possibly won’t quite be enough to prevent defeat.

Our tip is for a 1-2 advantage for Stockport County after 90 minutes. Should be an interesting one. 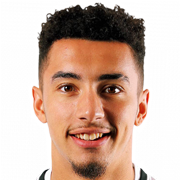 Mostly taking up the Striker position, Courtney Baker-Richardson was born in Coventry, England. After having made a senior debut playing for Tamworth in the 2013 - 2014 season, the goalscoring Forward has bagged 7 league goals in this League Two 2022 - 2023 season to date coming from a total of 15 appearances.

While we have made these predictions for Crewe Alexandra v Stockport County for this match preview with the best of intentions, no profits are guaranteed. Always gamble responsibly, and with what you can afford to lose. Good luck if you do place a bet today.