Brest head to Stade Gaston Gérard on Sunday for the Ligue 1 game with home side Dijon.

Full predictions, pre-match stats and user poll for Dijon v Brest are shown on this page (including the best match odds).

Dijon won’t want a repeat of their last result here following the 4-1 Ligue 1 loss in their previous game against Lyon.

It’s been seldom in recent games where Dijon have kept a clean sheet. In fact, Dijon have failed to prevent opponents from scoring in 6 of their previous 6 clashes, shipping 13 goals along the way.

Since a losing effort in their last game against Marseille in Ligue 1 competition, Brest will be aiming to make amends here.

The stats tell the story, and Brest have been scored against in 6 of their last 6 matches, letting opponents get 13 goals in all. In defence, Les Ty' Zefs certainly have room for improvement. It will be interesting to find out if that trend will end up being sustained here.

Looking over their prior head to head clashes stretching back to 13/12/2014 shows that Dijon have won 3 of these & Brest 1, with the number of drawn matches standing at 2.

An aggregate of 10 goals were produced between them throughout the course of those matches, with 7 of them for Dijon and 3 created by Les Ty' Zefs. This gives an average number of goals per game equal to 1.67.

Brest got 19 attempts on goal with 4 of them on target.

Dijon manager Stéphane Jobard doesn’t have any fitness worries to speak of before this game with a completely injury-free squad to choose from.

In an otherwise full-strength squad, there’s just the one fitness issue for the Brest boss Olivier Dall’Oglio to be concerned about. Denys Bain (Cruciate Ligament Rupture) misses out for this game.

We’ve got the feeling that Brest will likely create enough chances to find the net against this Dijon side, although it is unlikely to be enough to avoid a loss.

We are anticipating a 2-1 victory for Dijon at the end of the match. It will be interesting to see how this one goes.

Both Teams to Score Prediction for Dijon vs Brest
Yes 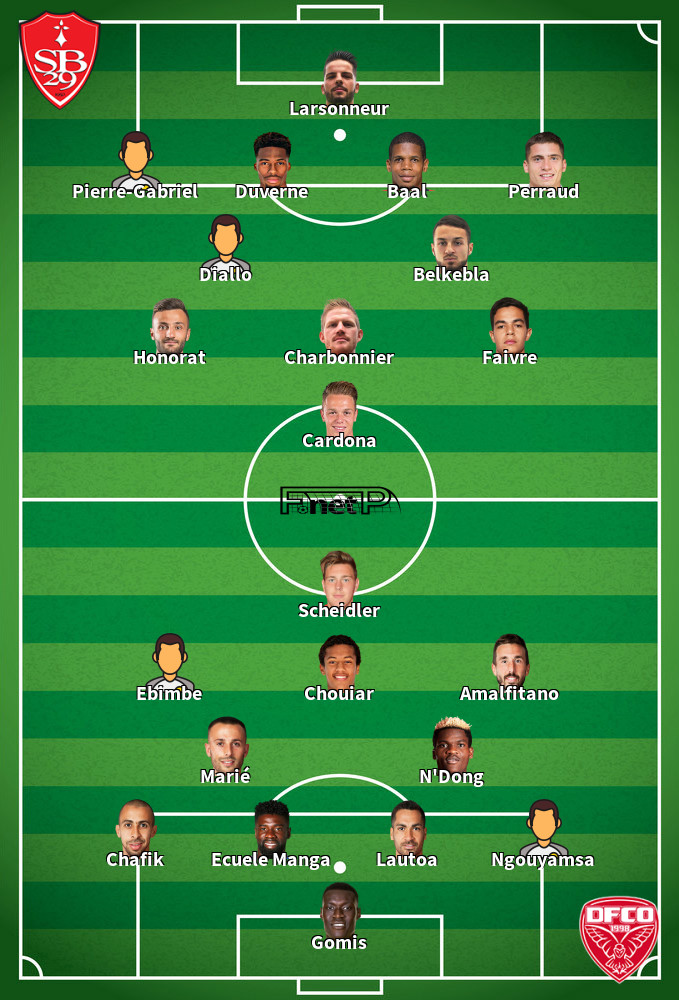 We have made these Dijon v Brest predictions for this match preview with the best intentions, but no profits are guaranteed. Please always gamble responsibly, only with money that you can afford to lose. Best of luck.