The Allsvenskan clash at Tele2 Arena on Monday sees home side Djurgårdens IF prepare for the visit of IK Sirius.

View all Djurgårdens IF v IK Sirius tips, stats and our pre-match poll below (inc. the best betting odds).

Djurgårdens IF prepare for this match after a 0-0 Allsvenskan drawn game against Halmstads BK.

In that match, Djurgårdens IF managed 59% possession and 9 shots on goal with 0 on target. On the other side, Halmstads BK had 8 attempts at goal with 2 on target.

Their more recent scorelines really do illustrate the point that quality has been evident in the Djurgårdens IF rearguard. Blåränderna have been miserly, with the total number of goals that have gone in at their end over the course of their previous 6 matches standing at 4.

Their prior results show that Djurgårdens IF:

Since being defeated in their last game at the hands of Malmö FF in Allsvenskan competition, IK Sirius and their travelling fans will hope for a better result here.

In a total of 5 of the previous 6 clashes featuring IK Sirius, three or more goals have been hit. The average goals scored per match within that time is 3.5, with the average number of goals for IK Sirius working out to 1. That kind of pattern isn’t assured to be continued into this next game, though.

An examination of past results between these clubs stretching back to 27/05/2018 tells us that these fixtures have been miserable for IK Sirius. They’ve not been able to get any victories at all while Djurgårdens IF have remained in the ascendancy, winning in 100 per cent of those ties.

A combined sum of 19 goals were scored between them throughout the course of those matches, with 18 of them for Blåränderna and 1 belonging to Blåsvart. That’s an average goals per game figure of 3.17.

The last league contest between the two was Allsvenskan match day 25 on 24/10/2020 and the score finished Djurgårdens IF 4-0 IK Sirius.

On the other side, IK Sirius got 3 shots on goal with 1 on target.

Djurgårdens IF boss Kim Bergstrand does not have any fitness concerns whatsoever before this game with a completely healthy squad available to select from.

With a completely injury-free squad to choose from, IK Sirius manager Daniel Bäckström doesn’t have any fitness worries to speak of coming into this clash.

We believe that Djurgårdens IF will, in all likelihood, see a lot of the ball and convert quite a few goal-scoring opportunities.

Conversely, IK Sirius will not find it easy to score themselves although we do reckon that they could well end up hitting back at some stage here, too.

We’re tipping a pretty comfortable 3-1 winning score for Djurgårdens IF when all’s said and done. 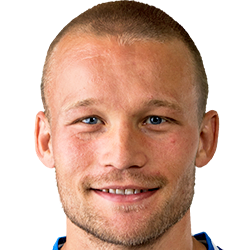 Mostly used in the Right Attacking Midfielder position, Nicklas Bärkroth was born in Gothenburg, Sweden. Having made a first senior appearance for IFK Göteborg in the 2007 season, the gifted Midfielder has bagged 3 league goals in this Allsvenskan 2021 campaign to date coming from a total of 10 appearances.

We have made these Djurgårdens IF v IK Sirius predictions for this match preview with the best intentions, but no profits are guaranteed. Please always gamble responsibly, only with money that you can afford to lose. Good luck!