The La Liga 2 match at Estadio Carlos Tartiere on Monday sees hosts Real Oviedo take to the field against Eibar.

Full predictions, pre-match stats and user poll for Real Oviedo v Eibar are shown on this page - as well as up-to-date odds.

Real Oviedo will want to continue from where they left off last time out with the 2-0 La Liga 2 victory against Ponferradina.

José Ziganda's Real Oviedo have managed to score a sum total of 8 times in their last 6 outings. At the other end, the number of goals that have been scored against them in that same time amounts to 6.

Analysis of their past results shows that Real Oviedo:

Since being defeated in their last game at the hands of Mallorca in Copa del Rey competition, Eibar and their travelling supporters will be hoping that they can get a better result in this one.

Looking at their form, and Eibar have been scored against in 5 of their last 6 games, seeing their opponents hit 8 goals overall. Defensively, Eibar have seen their frailties exposed.

That time, Eibar had 55% possession and 8 shots at goal with 3 of them on target. Their only player to score was Xabi Etxeita (94').

Real Oviedo got 10 shots on goal with 4 of them on target.

Out of a mainly available squad, there’s just the lone fitness problem for the Eibar gaffer Gaizka Garitano to contend with. Franchu (Ruptured cruciate ligament) won’t be in action. Gustavo Blanco Leschuk will not be able to play in this game through being suspended.

In our view, Eibar should have enough to find the net against this Real Oviedo side, but that probably won’t quite be enough to avoid defeat.

We’re tipping a 2-1 advantage for Real Oviedo at the end of the match. Expecting it to be very competitive. 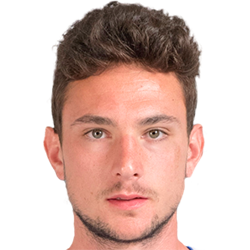 Regularly used in the Centre Midfield position, Borja Sánchez was born in Oviedo, Spain. After having played his first senior match for Real Oviedo in the 2018 - 2019 season, the gifted Midfielder has contributed 2 league goals in the LaLiga2 2021 - 2022 season to date coming from a total of 21 appearances.

While we have made these predictions for Real Oviedo v Eibar for this match preview with the best of intentions, no profits are guaranteed. Always gamble responsibly, and with what you can afford to lose.