NEC will take to the pitch with visiting side FC Emmen at Goffertstadion in the Eredivisie fixture on Saturday.

Our full set of predictions, statistics and match poll for NEC v FC Emmen can be seen below - as well as up-to-date odds.

NEC head into this game following on from a 0-0 Eredivisie stalemate against Vitesse.

Over their preceding six fixtures, Rogier Meijer's NEC have scored a combined total of 12 times resulting in an average number of goals per match of 2.

Going into this game, the form guide shows that NEC:

In their last game, FC Emmen drew 0-0 in the Eredivisie match with SC Cambuur.

Dick Lukkien's FC Emmen have managed to stick the ball in the net a total of 7 times in the course of their previous 6 matches. The total of goals that have been scored against them during that period comes to 7.

A total of 17 goals were shared by the two clubs during those clashes, with 9 from NEC and 8 being from Rood-Witten. The average goals per game has been 2.83.

We believe that NEC look likely to score a couple of goals when they meet FC Emmen, who might well find it difficult getting on the scoresheet.

Our selection here is for a 2-0 winning margin for NEC by the time that the referee blows the final whistle. 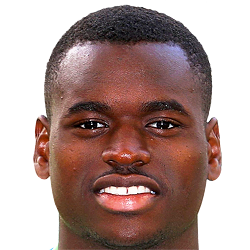 Customarily taking up the Striker position, Landry Dimata was born in Belgium. Having made a first senior appearance for Oostende in the 2016 - 2017 season, the goalscoring Forward has managed 3 league goals in the Eredivisie 2022 - 2023 season so far in 13 appearances.

We have made these NEC v FC Emmen predictions for this match preview with the best intentions, but no profits are guaranteed. Please always gamble responsibly, only with money that you can afford to lose. Good luck with your selections.