The La Liga game at Reale Arena on Sunday will see home side Real Sociedad lock horns with opponents Espanyol.

View all Real Sociedad v Espanyol tips, stats and our pre-match poll below - plus the latest betting odds.

Real Sociedad will be looking for another win after a 2-1 Europa League triumph vs Omonia Nicosia.

Real Sociedad haven’t had any problems with scoring, netting in one hundred percent of their last 6 games.

They’ve totted up the amount of 7 during that period while also conceding a total of 8. That kind of pattern might not be carried forward into this game, of course.

Going into this encounter, Real Sociedad haven’t won at home in the past 3 league matches.

Since suffering a loss in their previous game against Sevilla in La Liga action, Espanyol will be aiming to make amends here.

Diego Martínez's Espanyol have had reason to celebrate scoring 6 times in the course of their most recent sextet of matches. The number of goals that have been scored against them during those same clashes equals 10.

Going into this game, the form guide shows that Espanyol:

Checking on their most recent head to head clashes stretching back to 18/05/2019 shows us that Real Sociedad have won 4 of them and Espanyol 2, with the tally of drawn results being 0.

An aggregate of 13 goals were shared by the two clubs in these games, with 8 for Txuri-urdin and 5 created by Periquitos. That is an average goals per game value of 2.17.

The previous league contest between these clubs was La Liga match day 30 on 04/04/2022 when it ended Real Sociedad 1-0 Espanyol.

That day, Real Sociedad managed 68% possession and 17 attempts on goal with 6 of them on target. Their only player on the scoresheet was Alexander Isak (96').

At the other end, Espanyol had 8 shots on goal with 2 on target.

Owing to a completely healthy squad available for selection, the Espanyol boss Diego Martínez has zero fitness worries to report ahead of this match.

We’re thinking that Real Sociedad will most probably stay in control for long periods of time and should be able to convert a few of the chances that they create.

In contrast, Espanyol may well find it hard to score themselves although we do think that they will probably end up hitting back at some stage.

Our tip is for a 3-1 winning score for Real Sociedad at the end of this one. 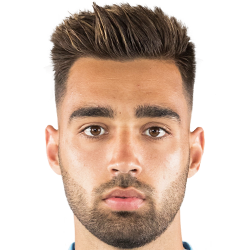 Usually used in the Right Wing position, Brais Méndez was born in Mos, Spain. Having made his senior debut playing for Celta Vigo in the 2017 - 2018 season, the skilful Forward has contributed 2 league goals in this LaLiga 2022 - 2023 campaign so far in 5 appearances.

While we have made these predictions for Real Sociedad v Espanyol for this match preview with the best of intentions, no profits are guaranteed. Always gamble responsibly, and with what you can afford to lose.