Scroll down for all of our predictions, poll and stats for the Walsall v Exeter City game (including the best match odds).

Walsall, following on from their previous result, will be hoping for more of the same after a 2-1 League Two victory over Leyton Orient.

For Walsall, the goals were scored by Rory Holden (25') and Elijah Adebayo (61'). Danny Johnson (15') was the scorer for Leyton Orient.

It has not been often in recent times where Walsall have shown defensive steel. In fact, The Saddlers have seen their defence breached in 5 of their previous 6 matches, shipping 6 goals in the process. However, it remains to be seen whether that trend shall persist in this upcoming game.

Coming into this contest, Walsall have not lost a league tie with Exeter City in their previous 2 matches.

In their last game, Exeter City drew 2-2 in the League Two tie with Southend United.

Illustrating their bias toward action-packed encounters, goals have been scored 22 times in the last six games in which Exeter City have taken to the field, giving a mean average of 3.67 goals for each clash. Opposition teams have managed 10 from this total.

Coming into this fixture, Exeter City are undefeated in their previous 3 away league matches.

Checking on their past head to head meetings dating back to 09/10/2010 shows that Walsall have won 2 of them and Exeter City 3, with the tally of drawn games standing at 1.

There were also goals galore in those games, with 25 in total at an average of 4.17 goals per match.

Walsall manager Darrell Clarke will be happy not to have any fitness concerns whatsoever ahead of this clash owing to a fully injury-free group available for selection.

With a fully injury-free group available to select from, Exeter City manager Matt Taylor has zero fitness concerns at all coming into this game.

It seems to us that Exeter City and Walsall won’t have much between them here, and goals could be hard to come by.

Let’s see what happens, but it could well be that we end up with scores level and two clean sheets. That’s why our selection here is for a very competitive game with a 0-0 score at the end of this one.

Over/Under 2.5 Goals Prediction for Walsall vs Exeter City
Under 2.5 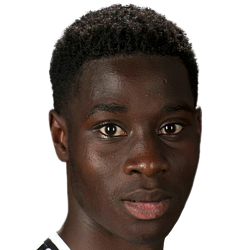 Customarily taking to the field in the Striker position, Elijah Adebayo was born in London, England. Having made his senior debut playing for Cheltenham Town in the 2017 - 2018 season, the accomplished Forward has scored a sum of 2 league goals in the League Two 2020 - 2021 campaign to date from a total of 4 appearances.

While we have made these predictions for Walsall v Exeter City for this match preview with the best of intentions, no profits are guaranteed. Always gamble responsibly, and with what you can afford to lose. Best of luck with your selections.