Our predictions, user poll and statistics for Braga v Famalicão can be found here (plus the best game odds).

Braga, buoyed by their previous result, will be hoping for more of the same after the 0-6 Primeira Liga victory vs Arouca.

Their most recent results shine a light on the fact that not much more can be done by the Braga defence. Braga have given the opposition little, seeing the total number of goals that have flown into the back of their net over the course of their previous 6 outings standing at 3.

In their previous fixture, Famalicão drew 2-2 in the Primeira Liga tie with Estoril.

In that game, Famalicão managed 38% possession and 6 attempts on goal with 2 of them on target. The only player to score for Famalicão was Simon Banza (53'). On the other side, Estoril had 10 shots at goal with 4 of them on target. Bernardo Vital (41' Own goal), Rui Fonte (45') and Chiquinho (46') scored for Estoril.

Demonstrating their fondness for fruitful matches, goals have been scored 25 times in the last 6 matches in which Famalicão have played, yielding a mean average of 4.17 goals per clash. Opposition teams have hit 16 of these goals. We will just have to see whether or not that trend can be sustained into this next match.

Ahead of this clash, Famalicão are without a win away from home in their last 2 matches in the league.

In that match, Famalicão had 48% possession and 17 attempts on goal with 5 of them on target. The scorers were Oliveira (18') and Heriberto Tavares (87').

Braga got 9 shots on goal with 3 on target. Ricardo Horta (36') and Almoatasembellah Al Musrati (39') scored.

The referee was Manuel Oliveira.

Owing to an otherwise healthy group of players, there is just the sole fitness issue for the Famalicão boss Rui Pedro Silva to be concerned with. Diogo Figueiras (Unknown Injury) misses out for this game.

Braga look set to get amongst the goals when they come up against Famalicão, who may well find it hard to score.

Our selection here is for a comfortable 2-0 win for Braga at full-time. 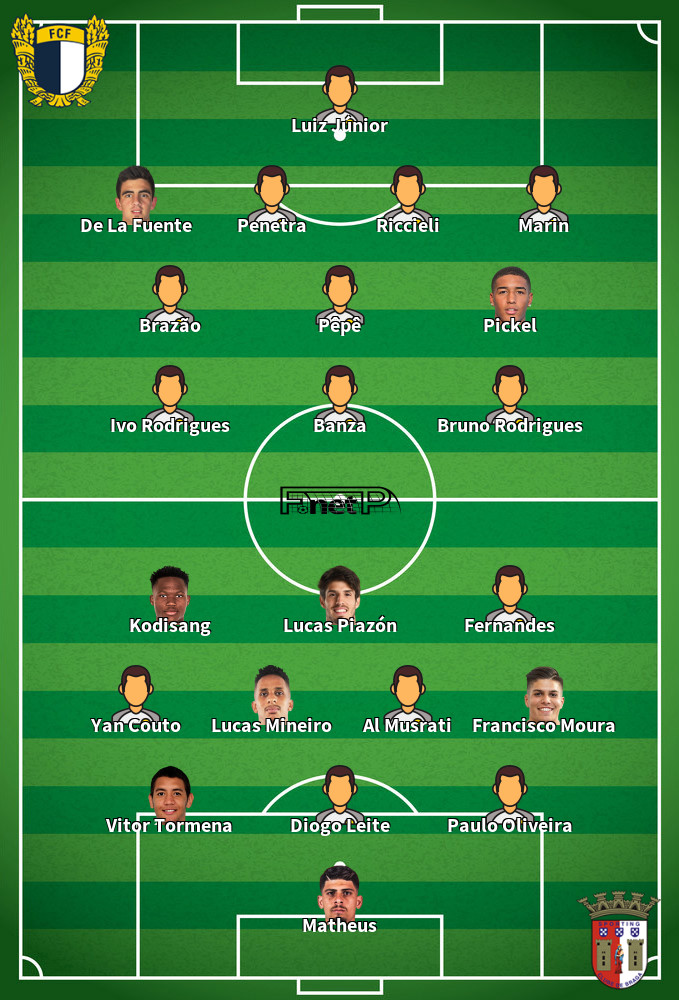 Mostly taking to the field in the Right Wing position, Iuri Medeiros was born in Horta, Portugal. After having made a senior debut playing for Arouca in the 2014 - 2015 season, the talented Forward has accumulated 5 league goals in the Liga Portugal 2021 - 2022 season to date coming from a total of 13 appearances.

We have made these Braga v Famalicão predictions for this match preview with the best intentions, but no profits are guaranteed. Please always gamble responsibly, only with money that you can afford to lose.