Scroll down to see all of the predictions, poll and statistics for FC Dordrecht v FC Eindhoven - plus the latest betting odds.

FC Dordrecht are hoping to win again after their last result, a 0-3 Eerste Divisie success over De Graafschap.

FC Dordrecht haven’t been able to stop scoring goals, finding the back of the net in each and every one of their last 6 matches.

They have totted up the amount of 8 during that period and have conceded a total of 11. That kind of trend won’t necessarily be sustained into this game, of course.

Following on from suffering a loss in their previous game against MVV in Eerste Divisie action, FC Eindhoven and their travelling supporters will be hoping that they can get a better result in this one.

Going into this contest, FC Eindhoven are without a win away from home in their last 10 league matches. A poor run.

A look at their most recent head to head clashes stretching back to 23/02/2018 shows that FC Dordrecht have won 2 of these & FC Eindhoven 4, with the tally of drawn matches being 0.

Those games weren’t short on goals, either, with 26 in total which averages out at 4.33 goals per meeting.

The last league game featuring these sides was Eerste Divisie match day 11 on 09/11/2020 which ended up with the score at FC Eindhoven 5-1 FC Dordrecht.

We believe that FC Eindhoven will most probably see a lot of the ball and convert quite a few goal-scoring opportunities.

However, FC Dordrecht will be up against it to score although we think that they will probably end up seeing enough of the ball to score, too. 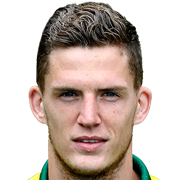 Typically playing in the Centre Midfield position, Kevin Jansen was born in Netherlands. Having played his first senior match for Excelsior in the 2011 - 2012 season, the talented Midfielder has managed 7 league goals in this Eerste Divisie 2020 - 2021 season to date from a total of 29 appearances.

While we have made these predictions for FC Dordrecht v FC Eindhoven for this match preview with the best of intentions, no profits are guaranteed. Always gamble responsibly, and with what you can afford to lose. Best of luck with your selections.