Heracles Almelo will be visiting Jan Louwers Stadion on Friday for the Eerste Divisie meeting with home team FC Eindhoven.

Scroll down for all of our predictions, poll and stats for the FC Eindhoven v Heracles Almelo game (inc. the best betting odds).

It’s been seldom in recent times where FC Eindhoven have managed to hold out for a full 90 minutes. The facts show that FC Eindhoven have seen their defence breached in 5 of their previous 6 clashes, shipping 7 goals in the process.

Following on from tasting defeat last time out to FC Zwolle in Eerste Divisie competition, Heracles Almelo and their fans will hope to get a better result this time.

Demonstrating their penchant for action-packed matches, goals have been scored 22 times in the last 6 games in which Heracles Almelo have taken to the pitch, making it an average of 3.67 goals for each clash. Opposition teams have hit 7 from this total. Regardless, we will just have to wait and see whether the trend will be replicated in this next game.

Looking over their past head to head results going back to 07/03/2003 reveals that these fixtures have ended in disappointment for FC Eindhoven. They have not managed to get themselves any wins at all while Heracles Almelo have just been too good for them, finishing as winners in 83% of those games where they have faced each other.

A total of 16 goals were yielded between them in these games, with 1 from FC Eindhoven and 15 netted by Heraclieden. The average number of goals per game works out to 2.67.

The previous league meeting featuring these clubs was Eerste Divisie match day 12 on 21/10/2022 which ended up with the score at Heracles Almelo 3-0 FC Eindhoven.

Almost everyone can be considered, as there’s just the lone fitness concern for the FC Eindhoven gaffer Rob Penders to be concerned about due to a largely intact group of players. Maarten Peijnenburg (Knee Injury) won’t play.

In an otherwise available squad, there’s just the sole fitness issue for the Heracles Almelo manager John Lammers to contend with. Robin Polley (Metatarsal Fracture) won’t be in action.

Looking at these two teams, we feel that FC Eindhoven will really need to work well to breach the defence of this Heracles Almelo lineup who we reckon should manage to get a goal of their own in a winning performance.

That’s why our selection here is for a very competitive game with a 0-1 winning margin for Heracles Almelo when the full-time whistle blows. 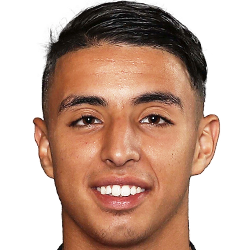 Mostly played in the Striker position, Naoufal Bannis was born in Den Haag, Netherlands. Having made his senior debut playing for Feyenoord in the 2019 - 2020 season, the goalscoring Forward has hit 6 league goals in this Eerste Divisie 2022 - 2023 campaign to date in 16 appearances.

We have made these FC Eindhoven v Heracles Almelo predictions for this match preview with the best intentions, but no profits are guaranteed. Please always gamble responsibly, only with money that you can afford to lose. We wish you the best of luck.