FC Groningen journey to Galgenwaard on Saturday for the Eredivisie meeting with home team FC Utrecht.

Full predictions, pre-match stats and user poll for FC Utrecht v FC Groningen are shown on this page - along with the latest match odds.

FC Utrecht will play in this game coming off the back of a 2-2 Eredivisie draw against AZ.

Utreg have been conceding pretty frequently recently, although they’ve also managed to convert their own chances into goals. Analysis of their previous 6 games shows that Utreg have been punished defensively in 6 of them as well as getting on the scoresheet in 6 of those matches.

Their past results show that FC Utrecht:

Since tasting defeat last time out to Heracles Almelo in Eredivisie action, FC Groningen will be hoping to turn things around here.

Adrian Szőke (78') was the scorer for Heracles Almelo.

Danny Buijs's FC Groningen have slotted home a total of 9 times throughout their most recent 6 matches. The aggregate of goals that have been scored against them during that same period comes to 6.

Looking at their most recent head to head meetings going back to 19/04/2018 shows that FC Utrecht have won 2 of them & FC Groningen 0, with the tally of drawn matches being 4.

A combined total of 6 goals were yielded between them in these games, with 4 of them from Utreg and 2 belonging to Trots van het Noorden. The average number of goals per game works out to 1.

The previous league contest featuring these sides was Eredivisie match day 5 on 18/10/2020 when the final score was FC Groningen 0-0 FC Utrecht.

Groningen boss Danny Buijs has a number of players out of action. Arjen Robben (Fitness) and Alessio Da Cruz (Unknown Injury) are not able to play.

When taking all factors into account, FC Groningen have it in them to find the net against this FC Utrecht outfit, although it might not quite prevent them from conceding a couple at the other end.

We’re predicting a very close game with a 2-1 win for FC Utrecht by the time that the referee blows the final whistle. Should be a good one. 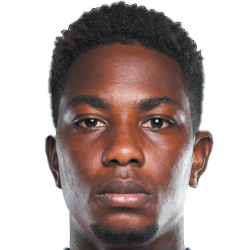 Customarily played in the Left Wing position, Eljero Elia was born in Leidschendam, Netherlands. After having made a senior debut playing for ADO Den Haag in the 2004 - 2005 season, the accomplished Forward has accumulated 2 league goals in this Eredivisie 2020 - 2021 campaign so far coming from a total of 13 appearances.

While we have made these predictions for FC Utrecht v FC Groningen for this match preview with the best of intentions, no profits are guaranteed. Always gamble responsibly, and with what you can afford to lose. Good luck if you do place a bet today.