SV Lafnitz come up against the visiting FC Juniors OÖ at Fussballarena Lafnitz in this 2. Liga meeting on Friday.

Full predictions, pre-match stats and user poll for SV Lafnitz v FC Juniors OÖ are shown on this page - along with the latest match odds.

SV Lafnitz will be hoping to return to winning ways here after the 1-4 2. Liga loss in their previous game against Grazer AK.

In that game, SV Lafnitz managed 50% possession and 7 shots at goal with 5 of them on target. For SV Lafnitz, the goalscorers were Sebastian Feyrer (10') and Philipp Wendler (38' Own goal). Grazer AK got 11 attempts on goal with 7 on target. Philipp Seidl (54'), Josef Weberbauer (72') and David Peham (76') scored for Grazer AK.

SV Lafnitz have been on a persistent run of goalscoring form, netting in one hundred percent of their last 6 games.

They’ve claimed a sum of 15 during that period while seeing the number of goals scored against them stand at 14.

Following on from a loss in their previous game against Floridsdorfer AC in 2. Liga competition, FC Juniors OÖ and their travelling fans will hope for a better result here.

Looking at their form, and FC Juniors OÖ have been scored against in 6 of their last 6 games, letting opponents get 17 goals in total. Defensively, FC Juniors OÖ have seen their frailties exposed. Despite that, we must now wait to see if such a trend will be sustained here in this match.

A review of their past head to head meetings going back to 02/03/2019 shows that SV Lafnitz have won 3 of them and FC Juniors OÖ 2, with the tally of drawn results being 1.

18 goals were yielded between them during those clashes, with 10 of them from Lafnitz and 8 for Juniors OÖ. The average goals per game has been 3.

The match was refereed by Alain Sadikovski.

The SV Lafnitz manager Philipp Semlic will be happy not to have any fitness worries whatsoever before this match thanks to a fully healthy group available for selection.

With a fully injury-free group ready to go, the FC Juniors OÖ manager Manuel Takacs has zero fitness worries to speak of ahead of this game.

We’re inclined to think that SV Lafnitz will most probably stay in control for long periods of time and should be able to convert a few of the chances that they create.

At the same time, FC Juniors OÖ will not find it easy to make a breakthrough - but, we do see them pulling one back during this clash, too.

We can therefore see a pretty comfortable 3-1 margin for SV Lafnitz when all’s said and done. 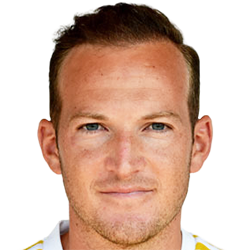 Customarily taking to the field in the Right Attacking Midfielder position, Mario Kröpfl was born in Austria. After making a first senior appearance for in the 2009 - 2010 season, the skilful Midfielder has contributed 7 league goals in this 2. Liga 2021 - 2022 campaign to date in a total of 15 appearances.

We have made these SV Lafnitz v FC Juniors OÖ predictions for this match preview with the best intentions, but no profits are guaranteed. Please always gamble responsibly, only with money that you can afford to lose.