Lyngby BK will be hosting visiting opponents FC Midtjylland at Lyngby Stadion in the Superliga tie on Friday.

Lyngby BK will be looking to improve on their last outing here following the 2-1 Superliga defeat in their last game at the hands of FC Nordsjælland.

It has not been often in recent times where Lyngby BK haven’t conceded. It will be a concern for them that Lyngby BK have seen their defence breached in 5 of their previous 6 matches, leaking 7 goals along the way.

Going into this contest, Lyngby BK are undefeated in their last 4 home league matches.

Since tasting defeat last time out to Benfica in UCL Qualifiers action, FC Midtjylland and their travelling supporters will be hoping that they can get a better result in this one.

In that match, FC Midtjylland managed 26% possession and 6 shots on goal with 1 on target. The only player on the scoresheet for FC Midtjylland was Pione Sisto (78'). Benfica had 24 attempts at goal with 12 of them on target. Gonçalo Ramos (17', 33', 61') and Enzo Fernández (40') scored for Benfica.

The stats tell the story, and FC Midtjylland have been scored against in 6 of their last 6 matches, conceding 11 goals in all. Defensively, FC Midtjylland just haven’t been too solid at all. That pattern won’t necessarily be carried forward into this match, though.

Ahead of this meeting, FC Midtjylland are undefeated in their last 5 league matches away from home.

Inspecting their past head-to-head meetings going back to 27/08/2017 shows that Lyngby BK have won 1 of them and FC Midtjylland 3, with the number of draws being 2.

An aggregate of 14 goals were scored between the two sides in this period, with 5 of them from De kongeblå and 9 for Ulvene. This gives an average number of goals per game equal to 2.33.

The previous league clash featuring these sides was Superliga match day 19 on 04/03/2021 when it ended Lyngby BK 2-0 FC Midtjylland.

In an otherwise full-strength group of players, there is only the lone fitness problem for the FC Midtjylland boss Bo Henriksen to be concerned about. Evander (Muscle fiber tear) misses out for this game.

Our thinking is that Lyngby BK should have enough to score a goal against this FC Midtjylland side, but one goal probably won’t be enough to avoid defeat.

We therefore reckon that it will be both teams to score in a 1-2 win for FC Midtjylland after the 90. It’s a very tough call. 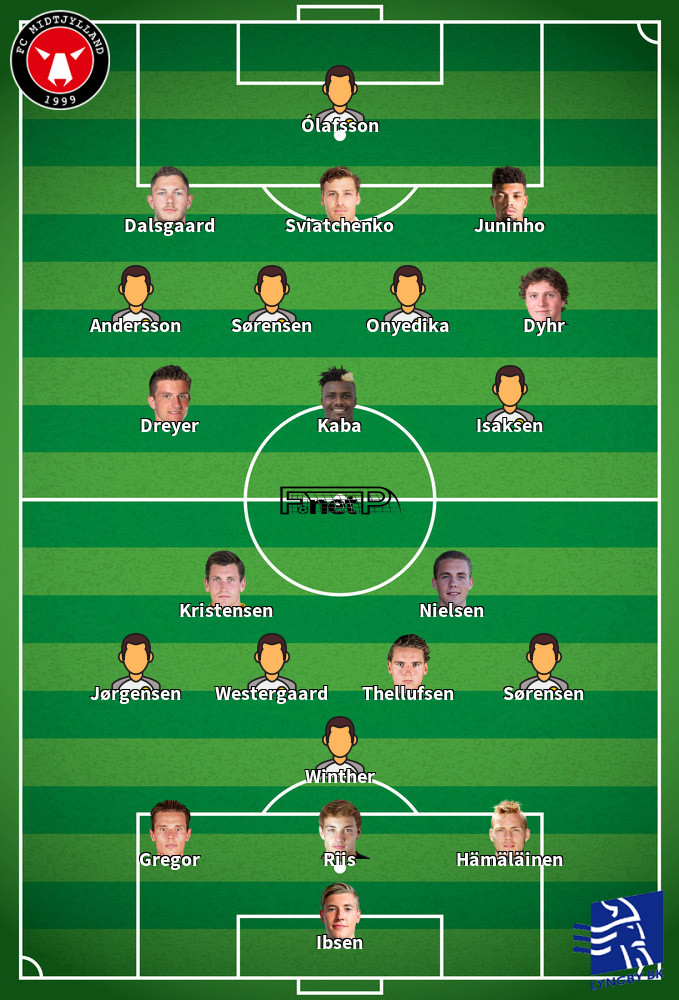 We have made these Lyngby BK v FC Midtjylland predictions for this match preview with the best intentions, but no profits are guaranteed. Please always gamble responsibly, only with money that you can afford to lose. Good luck!