Wacker Innsbruck will do battle with visitors Grazer AK at Tivoli Stadion Tirol in the 2. Liga tie on Friday.

For all of our match predictions, pre-game poll and statistics for Wacker Innsbruck v Grazer AK, scroll down - along with the latest match odds.

Wacker Innsbruck will be hoping for a repeat of their last result, following a 0-2 2. Liga victory vs Rapid Vienna II.

Their latest results shine a light on the fact that not much more can be done by the FC Wacker Innsbruck backline. Wacker have given the opposition little, seeing the total number of goals that have gone past their goalkeeper over the course of their last six clashes standing at 4. Despite that, we’ll just have to find out whether the trend will be replicated here in this match or not.

Ahead of this clash, FC Wacker Innsbruck have not been beaten in their last 3 league matches at home.

Grazer AK will go into the game following a 5-0 2. Liga win in the defeat of SV Horn in their last match.

In a total of 5 of the previous 6 games involving Grazer AK, at least three goals have been hit. The average goals scored per game during that spell is 3.83, with the number of goals averaged by Grazer AK coming out as 2.17.

Inspecting their most recent head to head meetings dating back to 03/03/2007 shows us that Wacker Innsbruck have won 4 of them & Grazer AK 2, with the number of draws standing at 0.

A sum of 20 goals were shared by the two clubs in this period, with 12 for Wacker and 8 created by Grazer AK. This gives an average number of goals per game equal to 3.33.

Owing to an otherwise full-strength group of players, there is only the sole fitness worry for the Grazer AK boss Gernot Plassnegger to contend with. Benjamin Rosenberger (Cruciate Ligament Rupture) won’t be in action.

Looking at these two teams, we feel that Wacker Innsbruck will, in all likelihood, dominate possession and create several successful chances.

At the other end, Grazer AK are also probably going to find it difficult to score a goal of their own - but, we do see them being dangerous at times.

Our selection here is for a 3-1 margin for Wacker Innsbruck when the full-time whistle blows. 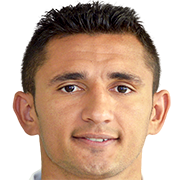 Typically deployed in the Striker position, Ronivaldo was born in Brazil. Having made his senior debut playing for KSV 1919 in the 2012 - 2013 season, the accomplished Forward has managed 7 league goals in the 2. Liga 2020 - 2021 season so far coming from a total of 26 appearances.

While we have made these predictions for Wacker Innsbruck v Grazer AK for this match preview with the best of intentions, no profits are guaranteed. Always gamble responsibly, and with what you can afford to lose. Good luck if you do place a bet today.