Return to this page a few days before the scheduled game when this expired prediction will be updated with our full preview and tips for the next match between these teams.
The 2. Liga tie at Fussballarena Lafnitz on Saturday will see home team SV Lafnitz up against Wacker Innsbruck. All of our predictions, stats and the user poll for SV Lafnitz v Wacker Innsbruck are shown below - along with the latest match odds.

At least three goals per game were recorded in 5 of the last 6 fixtures where SV Lafnitz have participated. Their opponents scored 14 times in these games whereas Lafnitz bagged a total of 7. Such a trend isn’t assured to follow through into this match, of course.

Their past results show that SV Lafnitz:

Following on from being beaten in their last game against FC Liefering in 2. Liga action, Wacker Innsbruck will be hoping to turn things around here. The only name on the scoresheet from FC Wacker Innsbruck was Raphael Gallé (18'). Amar Dedić (2'), Chikwubuike Adamu (39', 57') and Youba Diarra (61') scored for FC Liefering.

Over the course of their last half-dozen outings, FC Wacker Innsbruck have amassed a total of 9 goals. Wacker have also scored in every single one of those games. Over that period, they’ve had 8 goals scored by their opponents.

Going into this encounter, FC Wacker Innsbruck haven't been defeated in their previous 2 away league matches.

The last league match featuring the two was 2. Liga match day 9 on 28/09/2019 when it ended FC Wacker Innsbruck 0-3 SV Lafnitz. The match was refereed by Thomas Fröhlacher.

SV Lafnitz manager Philipp Semlic will be thankful to have no fitness concerns to speak of coming into this game thanks to a fully healthy squad to choose from.

It seems to us that Wacker Innsbruck and SV Lafnitz are both more than capable of scoring here. Let’s see how this one goes, but it looks this could have goals and the potential for a draw. That’s why our selection here is for a 2-2 score at the end of the match. 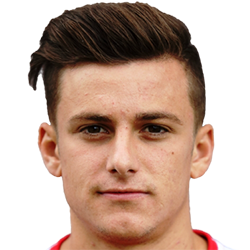 Customarily deployed in the Right Attacking Midfielder position, Christian Lichtenberger was born in Austria. Having played his first senior match for Vorwärts Steyr in the 2018 - 2019 season, the skilful Midfielder has struck 4 league goals in the 2. Liga 2019 - 2020 campaign so far coming from a total of 21 appearances.

We have made these SV Lafnitz v Wacker Innsbruck predictions for this match preview with the best intentions, but no profits are guaranteed. Please always gamble responsibly, only with money that you can afford to lose. Good luck!